Nature as a Restorative 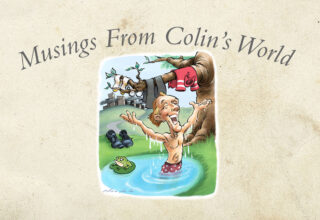 When I find myself getting a little too wound up in the problems of the day, I sometimes pull myself away and take a walk outside. Immediately when I get out of doors, I feel different. And it’s a good difference, assuming I am appropriately dressed, not walking into a raging blizzard, for example, dressed in surf jams. Just stepping outside calms my anxieties by a noticeable margin.

Breaking out of my human dwelling into the wider world, with fresh air, natural light and broad vistas, instantly changes the way I feel, like jumping into cool water on a hot day.

If I am walking along the sidewalks of the city and enter a park where I am surrounded by trees, it creates an instant shift in my mood. A feeling of calm comes over me. Natural beauty is a message without a medium. It instantly connects with you through all your senses and transfers its feeling to you directly.

A few steps into the park and the air feels different, softer, friendlier there in the domain of the trees. The trees seem welcoming, friendly. I feel friendly toward them. 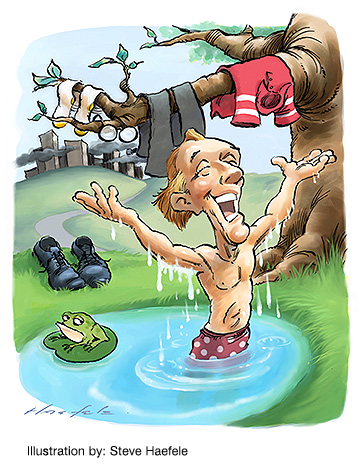 Friends of the Wood
Perhaps the idea that trees are friendly is an infantile idea leftover from childhood. Or maybe not. Maybe it’s true.

They do have intelligence. When their branches reach out to find a place in the sun, that’s intelligence. It’s not like our intelligence. They don’t have brains, but they do have electro-chemical communications systems that perform intelligent functions as they carry on their life processes.

Maybe the fact that their intelligence is so different is what’s so nice about it. It seems complementary.

I don’t actually hug trees. But I do feel a kinship with them. I feel there is a tacet understanding between me and the trees. They seem like kind old souls, wise, patient, constant. When I’m around trees, I feel that I am in good company.

We share a biological interdependence with trees. They produce oxygen, which we need to survive; and we produce carbon dioxide, which they absorb. We are complementary in that fundamental way. We exchange breath to stay alive.

Since the trees produce oxygen, the air is richer in a park, and it feels more alive, more invigorating, and reassuring.

Nature is everywhere. It doesn’t cut off at the city limits. It’s even inside our bodies. Though we know intellectually that we are part of nature, we sometimes think of ourselves as separate, maybe even opposed to it, or trying to command it.

But you can’t get away from it. We are part of it, inextricably. The barriers we put up, the walls and slabs of concrete, are really more like barriers in our own minds. They don’t really separate us from nature, but they make us feel separate. And that’s the problem. As we become isolated from nature in our minds we lose touch with part of ourselves, and that’s one definition of dis-ease.

Nature Good and Bad
But there is nature and nature. Not all experiences of nature are equally gratifying. Nature is in a cockroach as well as a giraffe, but it doesn’t give us the same feeling of awe.

You can’t say without qualification that contact with nature is good. Nature takes many forms and some are more to our liking than others, or even spiritually uplifting. Nature comes in an infinite variety of forms.

Consider the difference between gazing upon a great mountain peak as opposed to what you uncover underneath a rock. Grubworms and maggots are not as appealing as deer and bison. Perhaps in the eyes of God all creatures are equal, but we humans have our preferences.

There are certainly places where our experience of nature is greater, where we connect with it more, become more aware of it, and are elevated by it.

That sense of awe is not limited to brand name tourist attractions. I’ve been lucky to see many of the greatest natural phenomena in the world, the calving glaciers of Antarctica; the Rocky Mountains climbing into the sky; the regal, contemplative face of the lion on the African savannah; the misty mountain peaks that frame the Lost City of Machu Picchu; the thick, tangled vegetation of the Amazon Jungle.

Those and a thousand other soul-stirring sights are well-deserving of the adulation they receive. But when you have seen the acknowledged best, you realize that the beauty of nature is well distributed across the earth in an infinite diversity of forms. You can find it in many places that aren’t in the guidebooks, perhaps even in your own backyard.

Human beings sometimes need to experience nature in its purer, more spectacular manifestations in order to appreciate what is right under our noses. Perhaps that is how we renew our acquaintance with our source.

Check It Out
For those who doubt that contact with nature promotes health, I did a search for scientific studies to back up my own intuitions on the subject.

I put a few words in the search bar and Google produced tens of millions of results. I might as well try to fly to the next galaxy as to try to read more than a tiny fraction of them. But I found an endless supply of studies that supported the belief, and many accounts that went beyond anything I had thought of.

A study in Japan in the 1980s showed that walking 40 minutes in a cedar forest lowers levels of cortisol, the stress hormone, compared to spending the same amount of time walking inside a laboratory.

The researcher, Yoshifumi Miyazaki of Chiba University, said he was surprised to find that “spending time in the forest induces a state of physiologic relaxation.”

A study in a Pennsylvania hospital showed that people in rooms that looked onto a forest healed faster from surgery, had fewer negative outcomes and took fewer pain injections than those whose rooms faced a brick wall.

One study showed that you can reduce your blood pressure with one 30-minute walk in a park per week. Another one showed people who took long walks in nature increased their production of cancer-fighting NK cells by 50 percent after only two days.

To me it’s obvious, but it’s always nice to have scientific documentation. For anyone interested there’s a tremendous wealth of material confirming that contact with nature does have dramatic health benefits.

I’ll take it a step further. I believe that human beings have a powerful need to connect with nature in the wild, and when we do we receive a tremendous bolt of energy from the heart of the earth.

For me, nature is the best medicine. Whatever other remedies I may take, direct contact with nature is an essential part of maintaining health and well-being.

Your Humble Reporter
A. Colin Treadwell 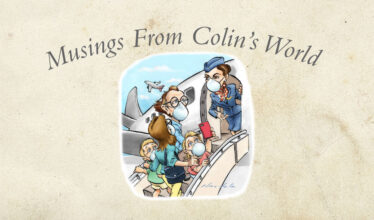 Family Travel in the Time of COVID 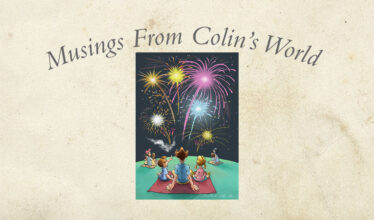 Summer in the Year of COVID