Winter Landscapes From My Armchair

The change came like lightning. Just a few weeks ago, as the Coronavirus threat was looming on the horizon, I was weighing my options for a trip to Europe. Then in a rapid-fire series of events I found my options closing in around me. Now I’m forced, like everyone, to go into a period of “social distancing.” That’s how we’re going to beat this thing

I take comfort in knowing that human beings are highly adaptable. Now I see this as a challenge and I will make the most of it. There’s something thrilling about joining together with all the people of the world to face a common concern. I feel hopeful.

Even as we face restrictions we’ve never seen before, there are still so many things we can do. My biggest problem usually is lack of time to do all I want to do. With many choices off the table, it still leaves many possibilities.

But after my trip fell through I had been too long in one place and needed to get moving. So I got in my car and headed for my favorite retreat in the Green Mountains of Vermont. 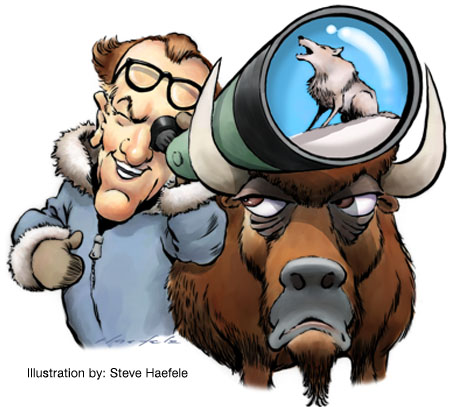 Just the feeling of being on the road gave me a sense of freedom and connection with nature. I felt the stress lift off my shoulders.

Now safely arrived in Vermont I sit in my armchair looking out over the river, watching the seasonal changes that transform the landscape, evoking memories of all the great winter landscapes I have experienced. For now I’ll travel in my armchair. For a traveler, the memories are almost as rich as the experiences themselves.

I’ve grown to love the winter landscapes, but that wasn’t always the case. Growing up in the American Midwest, where the winters were brutal, I yearned for the tropics. I read and watched movies about places where the weather is warm all year. I envied people who lived in warm climes where you are naturally comfortable in any kind of clothes and need no barriers between yourself and the environment. That seemed like heaven.

But now as an old bloke who has tramped around the world to many different climates and landscapes, I’ve developed a special fondness for the winter places and have come to see winter as another kind of heaven.

It struck me as odd the first time I heard someone who had moved to a tropical place say she missed the winter. But now I understand. Winter has grown on me. In my travels to warm places I met people who had never seen snow and who spoke of it with longing.

For a traveler, winter is not just a time of year, or a function of latitude. It is more like a mood, a certain kind of existence. The experiences of traveling around the globe have disrupted my simple binary concepts of winter and summer. It’s more complicated.

Winter in Summer
That ambiguity is striking when traveling to Antarctica. I traveled there in January, the dead of winter in New York. I was flying to the southern hemisphere, where it was summer. But when I got as far as Antarctica it became winter again, or it seemed so. It was technically the “the austral summer,” but looking at the black rock mountains blanketed in snow and the crystalline blue icebergs, it sure looked like a winter landscape.

As cold and desolate as it seemed, our naturalist guides revealed that the local ecosystem, mostly underwater, was teeming with life. The penguins, who look so humorously awkward walking on land, become the most graceful acrobats when they go under water. As wintry as it was from my perspective, I knew it would get much icier in June during the austral winter.

Antarctica disrupted normal expectations, “as surely as the night follows the day.” There were nights when the sun never went below the horizon, but only seemed to hover near it for a while and then ascend again. The Antarctic experience expanded my sense of the planet and its motions through space. It took it beyond the textbook descriptions and made it tangible. And it resides in my memory as one of the experiences that made me love winter.

As much as I love the lively cacophony of summer life, I love the quiet of winter. I have my own version of the hibernation of the bears. Winter is a time to reflect, dream, create.

The Seasonal Dance
It’s not only the winter that people miss in the tropics, it’s the change. The seasonal transformation of the landscape is a great spectacle, and when you observe it, it puts you in synch with the movement of the planet around its star.

The seasonal change becomes more vivid as you get closer to the poles. In Vermont the changes from winter to summer are so extreme that it accelerates the change of season and makes it more dramatic. When spring arrives after a frozen, slumbering winter, it comes in with a roar. The winter too, comes on strong.

At that northern latitude, the winter days are short and the nights are long. I like the long, cozy nights by the fire. That gives me more of what Ray Charles called “The Right Time.”

But I also love the summer when the sun reaches its high point and the days are almost endless. In June the sky stays light until deep into the night. Even staying in one place I feel a sense of movement because the astral motions have their correlates on the surface of the earth.

In Vermont, winter is when I can really observe the mountain landscape. In the summer the landscape is draped with generous layers of leaves and thick vegetation so that driving along a mountain road is like driving through a corridor of luxuriant green. But in winter most of the vegetation vanishes and the landscape is unveiled. It allows you to see more clearly the dramatic inclines of the mountain sides.

Snowy Yellowstone
Of all the wonderful wintry landscapes that flow through my memory, perhaps the most thrilling was Yellowstone. Though millions visit in the summer, only a few go in the winter and it’s an enchanting experience. It’s almost as if you have the place to yourself.

The black bears and the grizzlies were hibernating, so we didn’t see any. And though the mountain lions were there, our guides told us, they’re so elusive they rarely let you catch sight of them. The same was true of other cats, the lynxes and bobcats. But we did see a wide range of amazing animals, including bison, moose, rams, foxes, wolves, coyotes, mountain goats and otters.

I can still see vividly in my mind the riveting sight of a wolf on a ridge above me, contrasted sharply against the backdrop of the blindingly white snow and the deep blue of the sky. There is great nobility in the carriage of those animals and I felt a connection at a distance.

I was amazed by the agility and sure-footedness of the longhorn mountain sheep, who could walk easily up a nearly vertical incline that would seem beyond the navigability of any living thing. I had never had so much respect for sheep. These rams with their long horns were formidable.

The bison too were awesome creatures to behold. The bulls have massive muscular shoulders and trim, powerful haunches. They are so power-packed that they can leap 18 feet upward without a run, or as much as 40 feet horizontally. They grow up to six feet tall, 10 feet long and can weigh a ton.

The sight of the mountains in winter is even more stirring than in summer. The contrast between the gleaming white snow and darker patches accentuate the grand contours of the mountain peaks. The geysers are even more spectacular in the cold weather as the boiling water comes shooting out of the earth and hits the icy cold air creating clouds of mist, which are now part of the mists of memory.

So now when so many activities are restricted, my memories of travel enrich my time. And some day we will look back on this, proud that we made the most of it.