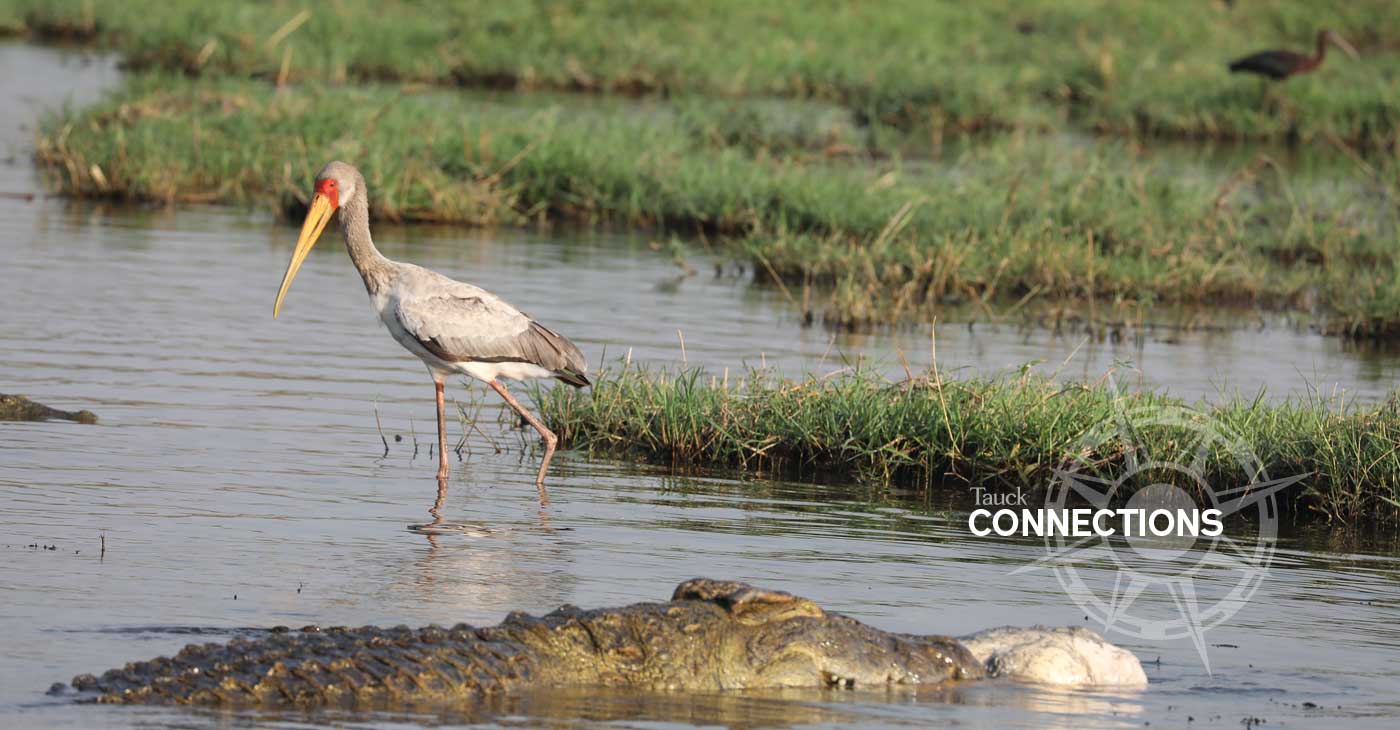 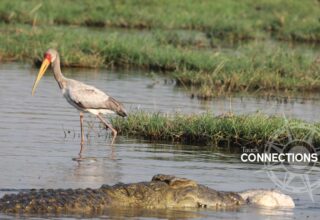 It seems that as more and more people stayed at home instead of traveling over the past year, the wildlife had a field day. Newspaper accounts have reported sightings of unusual animal encounters around the world, from pumas in downtown Santiago, Chile, dolphins in untypically calm waters in the harbor of Trieste, Italy, coyotes in San Francisco, jackals in broad daylight in urban parks in Tel Aviv, wild goats in a North Wales town, flocks of pink flamingos in the Camargue region of Provence and pink dolphins in Hong Kong Harbor and along Istanbul’s shores. So it may be no surprise that guests on our first African safaris saw wildlife rarely seen.

Who let the dogs out?

“It is beyond lucky to see even a couple African wild dogs hunting or in a small pack while on safari; so, when we came across a few adults on the move on an afternoon drive in Ngala we did as one does on safari and followed them on their mission… 10 pups resting near a bush. What a treat! Just minutes later the pups’ ears perked, and all eyes focused in one direction. Excitement was in the air. Within seconds the rest of the adults returned, and this magical greeting ceremony began. Such a dream sighting after a long couple of years of lockdown.”

Watch the video below

A Year for the Birds

Our Tauck Directors share a love for wildlife both on and off the job and they’ve seen a lot of them during their travels around the world. Susan Wahlen, who leads trips in Costa Rica and Africa, among others, has encountered more animal sightings than most, and is also leading our Tauck team of bird watchers in Tauck’s birders’ competition. Mirrored after the Big Year, an unofficial birders’ competition whereby people count as many bird species as they can during the course of one year, Tauck’s Big Year proved a welcome distraction during this past year.

Susan has enjoyed birding for several years but admitted that she has never kept a record of her sightings before Kristen Mack, Marianna Cornelius and Jacque Moran from our Tour Director Management department set up this the Big Year competition for Tauck, with instructional birding videos by Tauck Directors Ivan Hoyos and Marcos Soto.

“When Tauck’s Big Year came up, I thought it was a great opportunity to do so, and to ‘pay more attention’ in everyday life. I must admit this experience was therapeutic, especially since it started in March of 2021, just months before most of us were hopeful to be returning to life on the road, so this was a welcome distraction.”

With just a few weeks left in Tanzania and a trip to Costa Rica in April, I decided to embrace the ‘challenge.’ My daily walks in the highlands and a trip to the Ngorongoro Conservation Area gave me a boost on the numbers for sure; but in truth it solidified a love for birds and wildlife that just hadn’t been documented, and perhaps shifted, in a good way, the way I spent my days both at home and while on vacation.

It was nice to see many familiar faces on the Tanzania list, and Costa Rica brought on so many new beauties. The highlights – Waking up with the Macaws, dodging territorial hummingbirds, and viewing the magnificent Resplendent Quetzal. I returned to Wisconsin in May and enjoyed many walks amongst the budding trees.

Favorite Birds: There are really so many, but here are a few – The song and beauty of the White-browed Robin-Chat. On Southern African safaris I love seeing the African Skimmer fishing on the Chobe River and the migratory Southern Carmine Bee-eater. The Resplendent Quetzal​ was a real highlight.

Are there any birds whose unique calls alerted you to their presence?  A lot of the birds in East and Southern Africa let us know they are around. In some places we wake up and watch the sun set every day to the calls of the Hadada Ibis, in other spots it’s a Robin-Chat. A call of a Lilac-breasted Roller will not match its beauty but will enchant you for sure, and each night there will likely be one or two calls (typically an owl or frog) that will make you hold the sound in your memory and wake up anxious to meet your guide and ask, ‘what was that’?

Owls and Parrots / Parakeets are the birds I tend to hear and recognize but not always see.

Rare Sightings – One of the most unique bird sightings I had on tour was in 2019 on Great Migration: Tanzania & Kenya when we had a Pennant-winged Nightjar in breeding plumage fly over our sundowners in the Serengeti. This was before ‘The Big Year’ competition, but worth a mention as it was on a Tauck tour.” 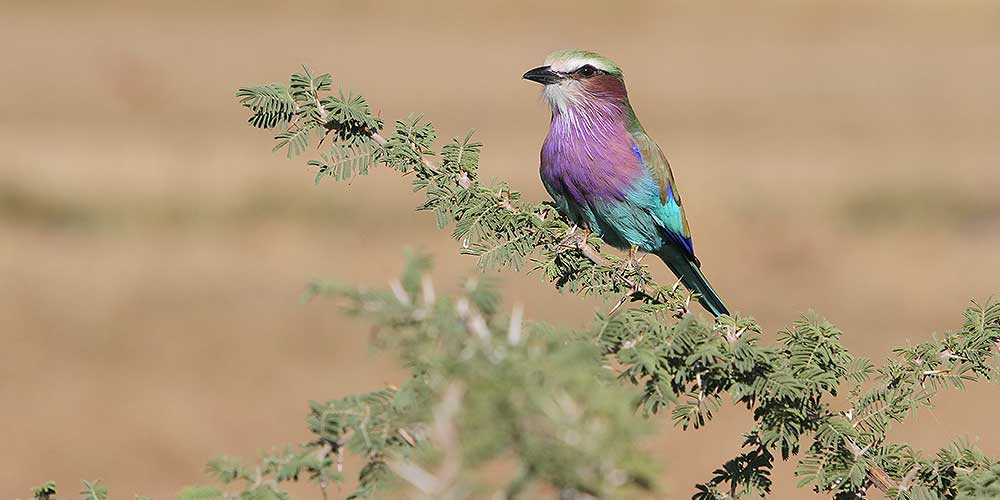 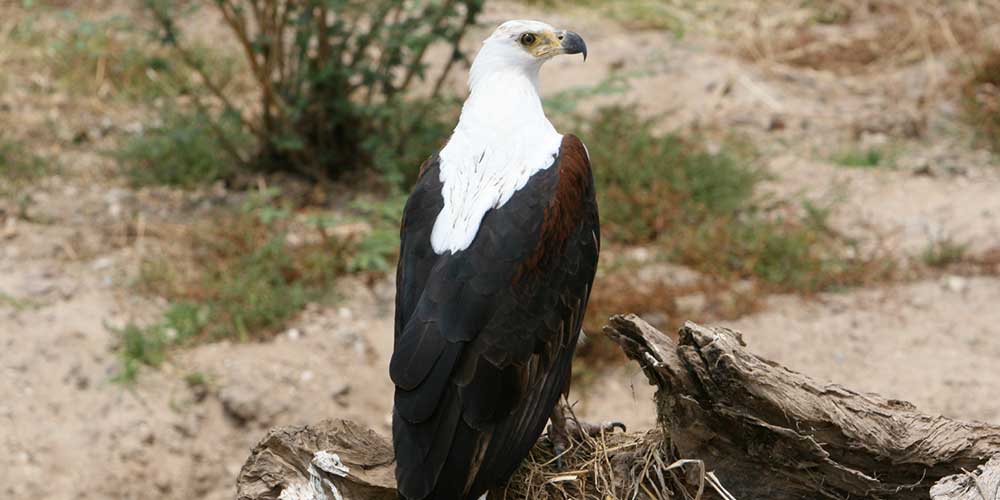 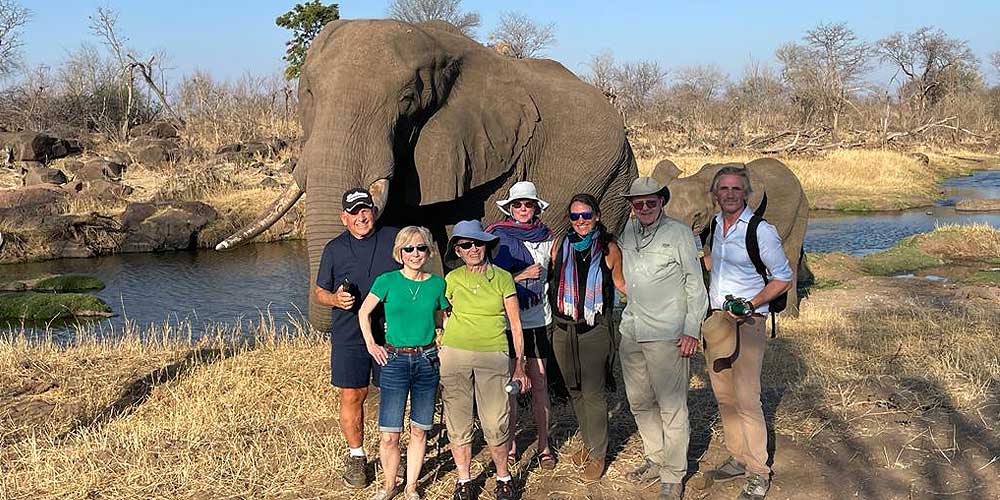 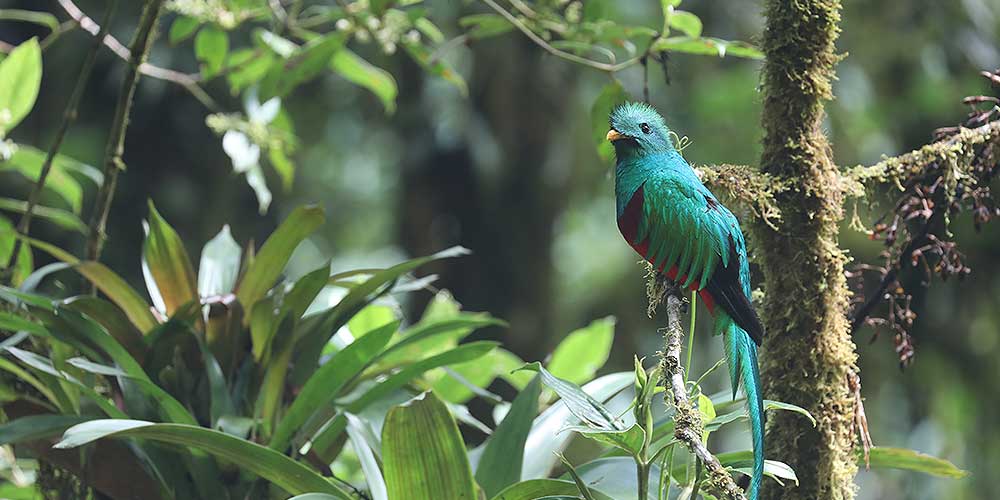 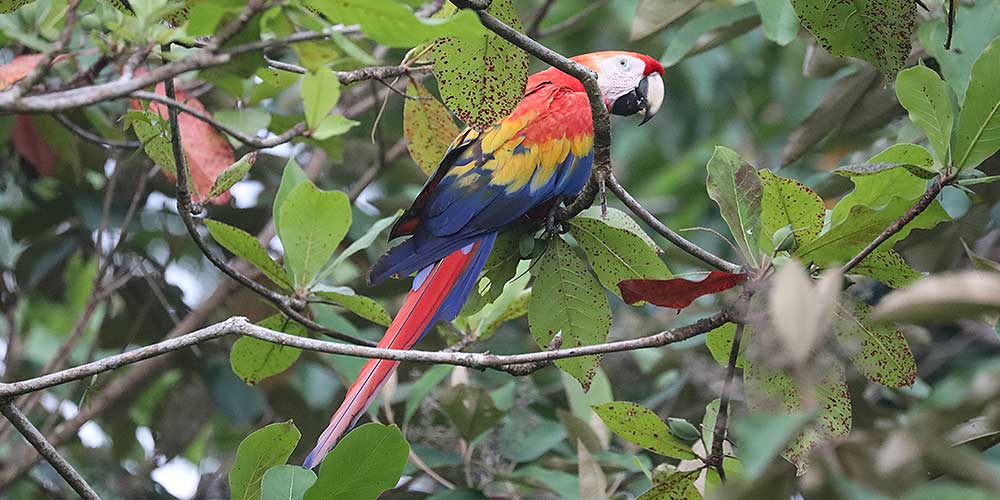 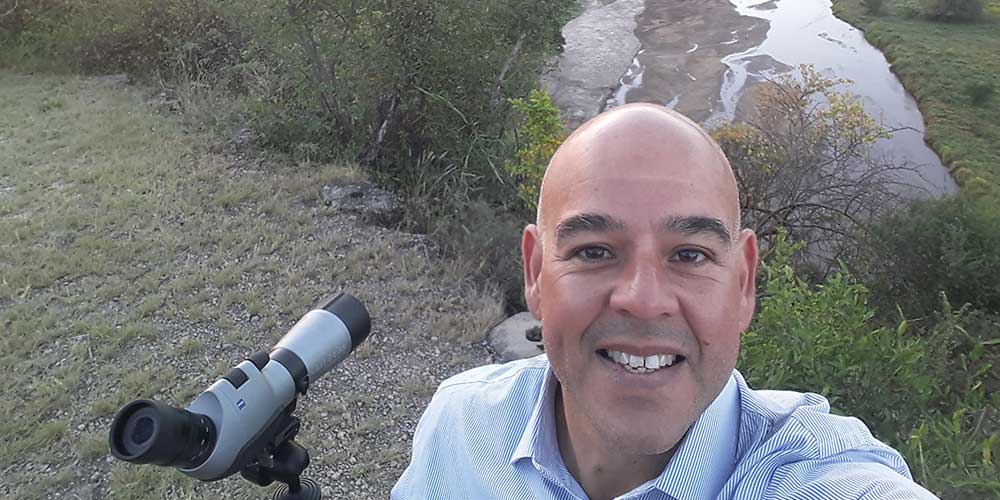 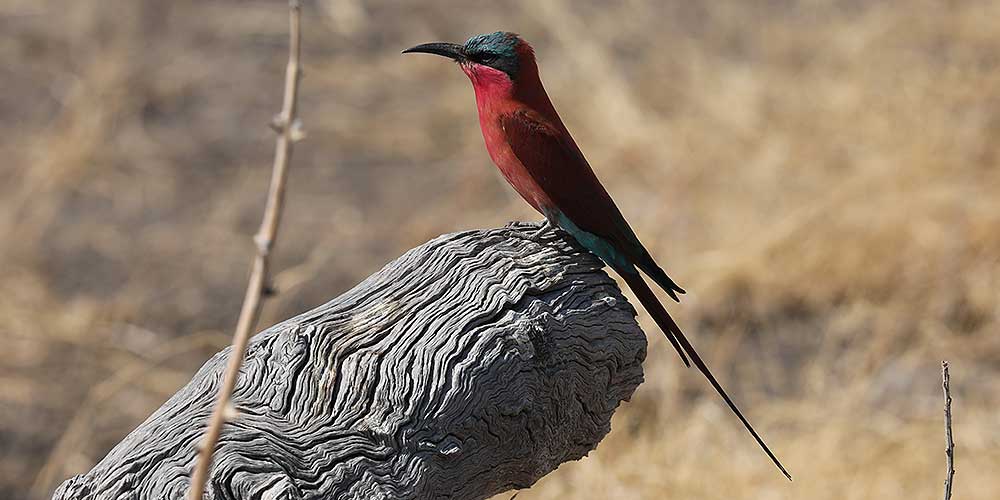 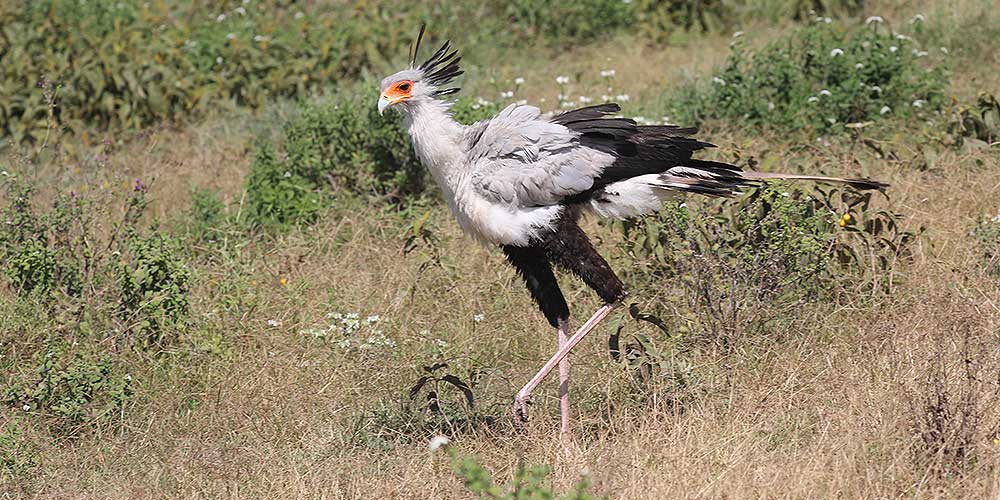 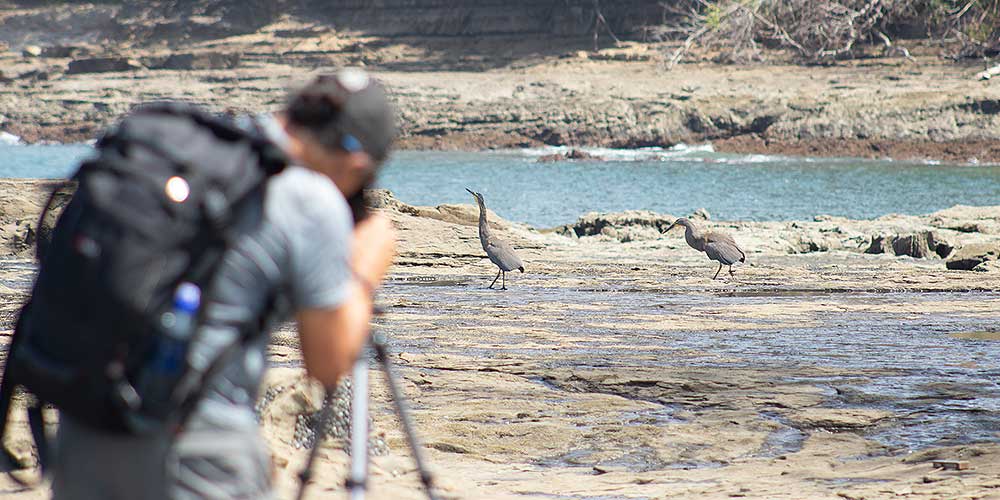 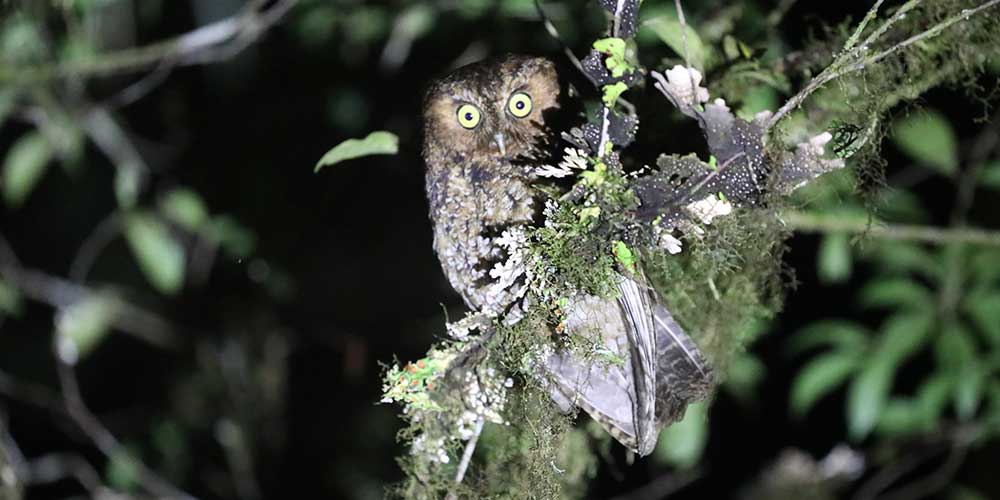 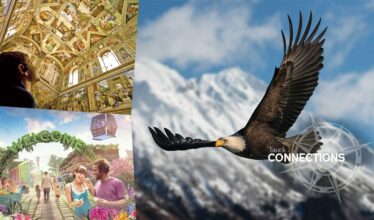 Connections: Back to the Future