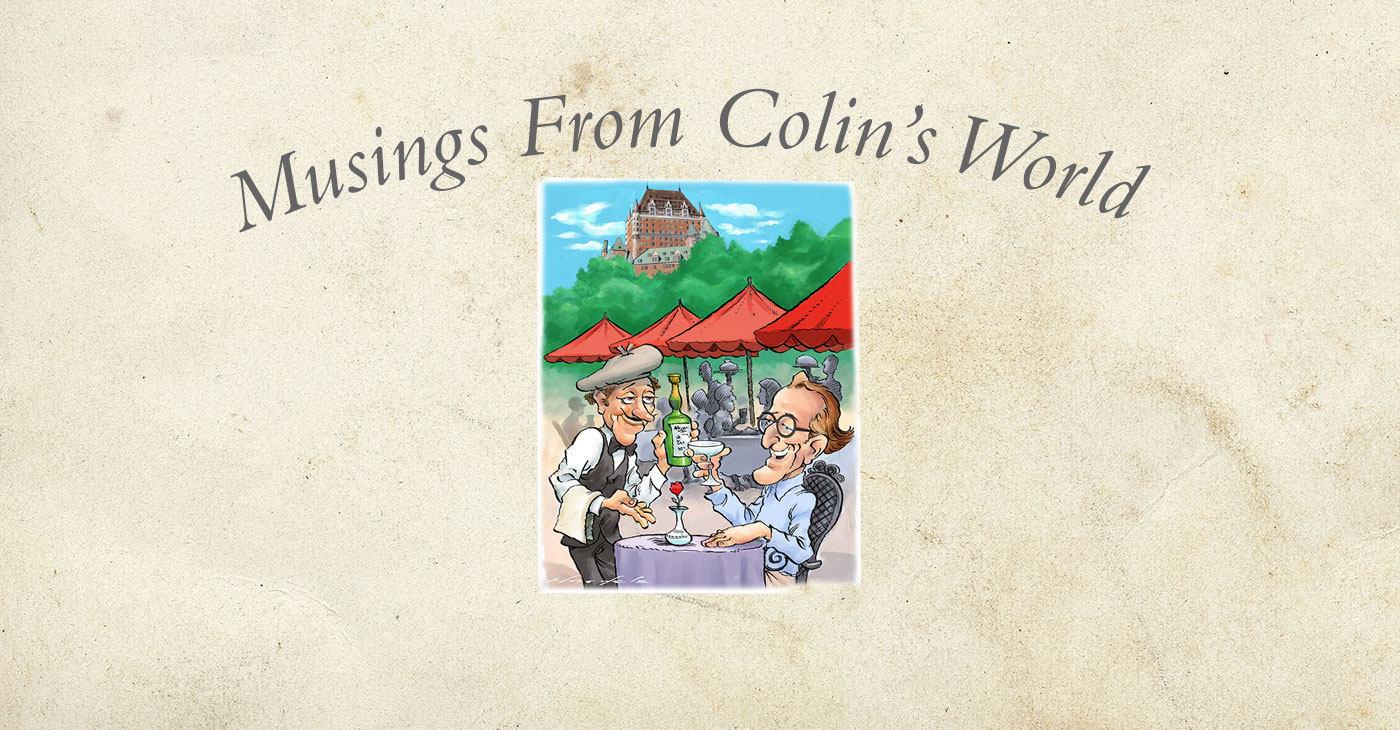 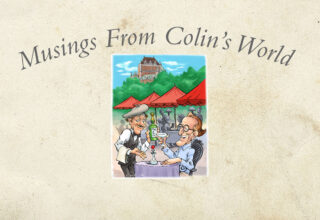 As an American, I suppose it’s not unusual that my knowledge of our neighbor to the north feels unsatisfyingly incomplete.

I’ve traveled to different parts of Canada at various times of my life, for a variety of purposes. But I don’t have a simple definition of what binds it all together. The problem is too much, not too little. I would have trouble answering the question: What is it that distinguishes Canada from America? What makes Canada Canada?

I am reminded of the Indian parable of the blind men and the elephant. My impressions have been so widely varied that each could give me a completely different picture. It’s like having a few pieces of a jigsaw puzzle that don’t seem to fit together.

What makes Joni Mitchell, Gordon Lightfoot, Neil Young, The Band, Oscar Peterson, The Guess Who and Celine Dion “Canadian”? They seem more different from each other than they are from Americans. And yet, I know they know the difference. Why is it so hard for me to discern? 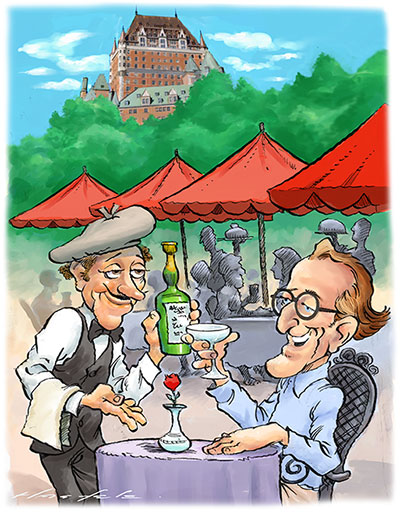 I do like Canadians. When I meet someone who says they are Canadian, I expect to like them. And they never disappoint. Canadians seem to know things we Americans don’t, as if they harbor some national secret.

Just this morning I asked a native Canadian, who is now a dual Canadian/American citizen, how she would define the difference between Canada and the U.S.

“That’s a complicated question,” she said. “When I was growing up in the ‘60s and ‘70s our popular culture was so dominated by American culture that I wasn’t sure what our culture was. Of course, Canada has a population of 38 million and America has 328 million, so it dominates by sheer numbers. But since the ‘70s, we’ve developed more of a sense of our own culture.”

The conversation was interrupted before I could learn much more. But though I’m intrigued about the question, I don’t have to define Canada to enjoy it, and to be drawn to it. There is much to love. It’s vast.

Ninety percent of Canada’s population lives within 100 miles of the U.S. border. More than half live in two of Canada’s 10 provinces, Ontario and Quebec.

That means Canada, the second largest country in the world after Russia, is mostly wilderness. Even in the southern strip where the big cities are, the wilderness is never far away.

That appeals to me. Growing up in small town suburbia at the edge of the open country, I hungered for the excitement and cultural richness of the big cities. But after living for decades in Greater New York City, I increasingly long for the wide open, natural areas. Canada has those in abundance.

My first experience of Canada was one of those fortuitous incidents that breaks into your life out of nowhere and changes everything. It was one of the luckiest moments in my life, one of those times when the phone rings and nothing is ever the same again.

I had been working in nightclubs as a piano player in a small combo. Someone who had seen me thought of me when their band needed a new piano player while touring in Canada. The call from Canada was an offer to join them and go on the road playing music. It was a dream come true for me, to get paid to travel and play music. Two of my greatest loves in one package.

The band was traveling west across the strip where most Canadians live, just north of the U.S. border. I accepted their offer, packed up and hit the road. As they traveled west, I went north, and we converged in Thunder Bay, Ontario. Just the name of that place, which I had never heard of before, set off explosions of romance and adventure in my mind. A whole new world opened to me.

The band picked me up at the bus station, took me to the hotel and we jumped into the work of integrating me into their band. I never looked back. My life would never return to what it had been. Thunder Bay was my jump-off perch to a new life, and for that it will always hold a special place in my heart.

There wasn’t much time for sightseeing. Most of my memories are of being in a hotel, practicing. But I did get out a bit to look around. It was exciting to me, the thrill of the new everywhere around me.

Thunder Bay is on the shore of Lake Superior, the largest body of freshwater in the world. It feels like a coastal city, though it’s hundreds of miles from any ocean.

In between rehearsals I got to explore the downtown area and the waterfront. I was ecstatic just to be in a foreign country. I felt liberated from my dead-end hometown. It ignited a joy of travel that has never waned.

Our tour continued across Ontario and Saskatchewan, culminating in the city of Winnipeg, which I developed a deep fondness for, before returning to the States.

A couple of years later when I was based in New York City still playing in bands I got my second chance to experience Canada. It was a two-week stint in Montreal. Again, I experienced the ecstasy of international travel, but it was very different from the middle provinces.

I had never been out of North America, but Montreal felt like a European city. It was founded in 1642, and the tiny cobblestone streets felt more like Europe than any city I had known.

It had the strong French cultural element alongside the British culture. The American influence was conspicuously low key. Everything was new and fresh. It was two weeks of fascination and euphoria.

I returned to Canada years later to attend a conference at the Banff Springs Hotel in Banff, Alberta, in the glorious Canadian Rockies. It was like some kind of fairytale magical realm, or perhaps a province of heaven. The beauty of the snow-covered peaks was breathtaking. And it had little in common with my previous experiences in Canada.

I’ve visited other areas, including Calgary, Vancouver and Toronto. There are other places I particularly long to see, such as the Maritime provinces on the North Atlantic coast, and Quebec City. And I wish to explore further some places I have seen, such as the national parks of Alberta and British Columbia; and Toronto, which is one of the most international cities in North America; and Vancouver, which is one of the world’s most beautiful cities. I still can’t define what makes Canada Canada, but that’s okay. I’ll keep working on that.

As diverse as Canada is, one thing that is consistent throughout my Canadian travels is beauty, from the cities to the Rockies to the wilderness.

And it’s right there, so close, so accessible, yet still so exotic. I need to go back, to explore further. This is a good time for it.