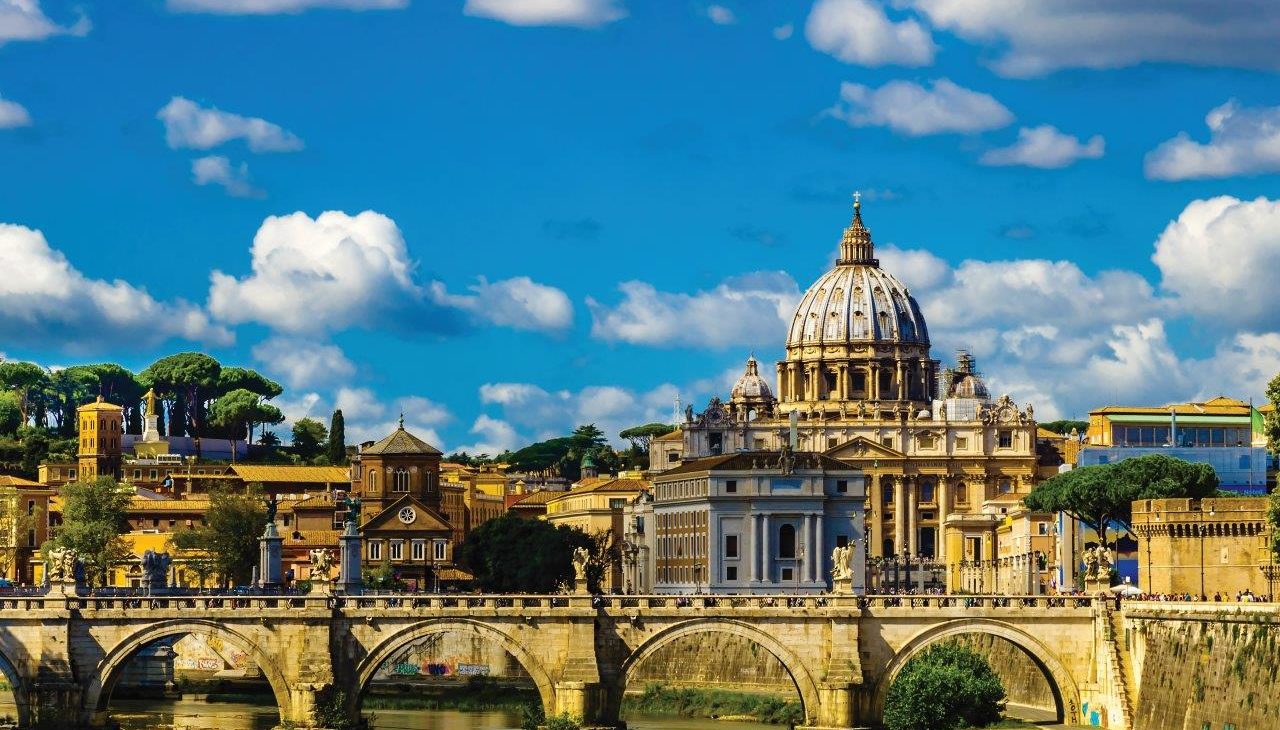 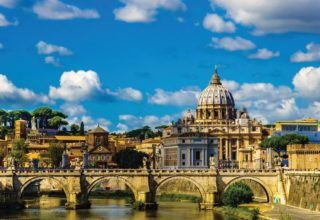 As the first stop for most immigrants coming to America, New York always had its various ethnic neighborhoods based on the historical waves of immigration, retaining some of their former cultures. But in the Midwest where I grew up, culture was diffused. By the time immigrants settled there, they were assimilated.

Gradually hints of how foolish that idea was began to seep through, and a larger vision of the world began to coalesce in my mind. The first country to crack my eggshell was Italy.

All Roads Lead to Rome
What happened was that as I pursued my various interests, the threads kept leading back to Italy. At first I perceived them as separate elements. Then it dawned on me that a disproportionate number of things I admired traced back to Italy.

Studying Western Civilization I learned of the Renaissance when human culture took a great leap forward and Italy produced men of incomparable genius such as Leonardo da Vinci and Michelangelo.

When I studied history, all roads led to Rome. The global British Empire, colonial mother of the United States, had gotten its first roads as a primitive outpost of Rome. When I studied music I discovered that vocal training begins with Italian vowels, and the notations on a page of music, such as “allegro” and “adagio,” are Italian.

That seemed to partially explain why Italian Americans had such an outsized effect on popular music. There was an endless stream of Italian American pop singers: Dion Dimucci, Fabian, Frankie Avalon, Connie Francis, Frankie Valli, Felix Cavaliere, etc. When I looked back to the previous period there were Frank Sinatra, Tony Bennett, Dean Martin and Perry Como and on and on.

Italy’s domination of European music started in the Baroque period, when Italians created the foundation of Classical music. But it was a revelation to me to discover how much Italian culture still held sway over what I thought of as American popular music.

When I visited the Museum of Modern Art the featured exhibit was on Italian designers, and I was blown away. The brilliance of innovation there bent my mind in so many directions that when I went back onto the streets the world seemed to have assumed a different dimensional structure. It convinced me that Italy’s brilliance wasn’t just during the Renaissance. When it came to design, Italy was still at the leading edge.

I had thought American cars were the best in the world, but when I discovered the elegance and power of Ferraris and Maseratis, it made American cars look clunky and primitive. And we don’t have to talk about Italian food. I have loved it since before I knew there was an Italy.

Falling in Love with Italy 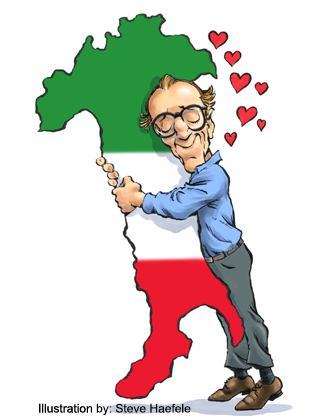 Then I had an epiphany. All these formerly separate elements coalesced into a unified whole, and almost as if I’d had a religious conversion I fell head over heels in love with Italy. I chose Italy as my adopted mother country – if only she would have me!

There was nothing like Italy, and now I knew it. Nothing could compare with the cultural power exerted by a peninsula off the south of Europe. I was in love, and would remain in love forever. All without ever having been there.

When I finally got to Italy it exceeded my expectations. I took an introductory tour that focused on Rome, Florence and Venice, and discovered that all I had learned was only a tiny fraction. Italy was a thousand times greater than I could have imagined.

It would be hopeless to try to list the enchanting experiences of that first trip. How can you begin to take in the grandeur of Rome, or that strange timeless feeling of standing under the towering walls of the Coliseum, almost hearing the distant echoes of events that occurred there 2,000 years ago?

Florence was the seat of the Renaissance, and when you walk along the Arno River and observe the clay tile roofs of the buildings, it is eerie to realize that the great Renaissance geniuses walked the same streets and saw many of the same sights. The picturesque perfection of Venice, once one of the world’s most powerful republics, remains one of the greatest jewels of civilization.

And yet to visit these cities is only to scratch the surface. What of the impenetrable mysteries of Pompei? The natural splendor of Cinque Terre? The magical island of Capri? The sophistication of Milan? Then there is the culinary richness of Tuscany, places like Puglia that are priceless, but still fresh and not overly touristed. And in the south of Italy there are universes beyond, not to mention Sicily, which seems to incorporate the history of the world in a single island.

The Transcendence of David
During that first trip to Italy there were too many amazing experiences to even start a list. But the one experience that resonated more powerfully than all the rest was the encounter with Michelangelo’s incomparable statue of David. To me it is one of the most magnificent of all of the creations of man. It glows with a life that defies explanation.

It is not just a hunk of inanimate marble carved into a shape. That cannot explain what you experience when you see David. It has a spirit.

It stood in the Piazza della Signoria for three centuries after it was completed in 1504. In 1873 it was moved inside the Galleria dell’Accademia to protect it from the elements. In 1910 a replica was placed in the Piazza where the original used to stand.

It is a precise replica of the original, intricately designed to replicate every detail and dimension. But it lacks the luminous magic of the original. It provides a fascinating comparison that illustrates the strange power of Michelangelo’s original.

In the case of the replica, it is a gigantic hunk of marble carved into a shape. But it still looks like a piece of rock. It looks dead. The original seems to have life.

I sat in the Piazza for a long time looking at the replica and pondering the difference, which was so palpable, and yet elusive. We are told that Michelangelo would take a piece of marble and bring out a spirit within the marble, in a sense working from the inside out.

The artist creating the replica was working from the outside, trying to copy Michelangelo’s creation. It was a completely different process. And it shows in the result.

The copy almost seems sad, as if the spirit in that piece of marble was never set free. It’s a paradigm of one who tries to emulate another rather than to actualize one’s own unique potential.

I can still see David in my mind almost as clearly as when I stood in front of it. Such is it’s timeless glow that it never leaves you. 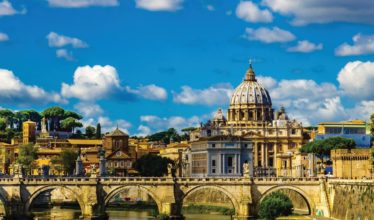