Vietnam – Reckoning with a Painful Past

If the purpose of travel is to expand the mind and enlarge one’s perspective, there is no more challenging destination for an American than Vietnam. If your purpose is to experience exotic beauty there is none more poignant than that of the ancient culture of Indochina. It requires a new definition of beauty. But Vietnam is unique even beyond this. There are no words large enough to express the weight of the experience of Vietnam for an American of our time.

Now 40 years after its conclusion, America is in the process of reexamining the Vietnam War thanks to a 10-episode, 18-hour PBS film series created by Ken Burns and Lynn Novick. It is a reckoning that Americans need.

For me as part of the baby boom generation, Vietnam was not just the name of a country. The word represented an earthquake of social upheaval that shook America to its foundations, and put a fissure through the middle of society, bitterly dividing those on either side. It was a tempering of the soul of America, a process that is arguably not yet complete.

For young men of my generation, when you graduated from high school, you were confronted with the draft, and a political event that had seemed remote was suddenly in your face. You had an obligation to serve in the military, and for millions of Americans that meant going and fighting in a distant country, possibly killing people for a cause you knew nothing about and previously had no opinion of.

As the Twig is Bent

Through junior high and high school my best friend was Gregory. We rode to school together, went out with the same group of friends on the weekends and spent many summer hours boxing with each other. We shared musical interests, books and movies, adolescent philosophical discussions and adventures. We literally grew up together.

In my family it was assumed that I would go to college. But Gregory’s father was a career army man and his family expected him to follow that course. So when we graduated from high school, our lives took different directions.

Gregory decided to join the army and learn to fly helicopters. But unfortunately, his temperament was not suited to the military. He was highly independent and defiant of anyone trying to tell him what to do. That did not go well in the army.

When Gregory demonstrated his rebelliousness in the army, the discipline was harsh and abrupt. He was busted out of his career path, dropped into the infantry and sent to Vietnam. Within 30 days he was dead.

I can’t tell you how devastating it was for me, and many others in my town. Gregory was a popular and charming person. A wave of grief passed over my community that I don’t think we ever entirely got over. His death intensified the divide and the feelings on both sides. For me and my generation, life took a turn and the rest of our lives grew from that diversion.

I had survivor’s guilt because by attending college I had avoided the fate of my friend. Why was I still living, while Gregory’s life had been cut short at age 19? To some extent it embittered me. But we move on, and I left it behind. I just wrapped up those ill feelings and stashed them deep inside.

A Thousand Ages in Thy Sight

I never visited the Vietnam Memorial in Washington. I blocked out the bitter memories. But then the memorial came to me. In the late 1990s a replica was erected in Bryant Park in New York.

Bryant Park was on my way to work, so one evening on the way home I stopped by and gave one of the attendants Gregory’s name. He showed me where to find it. With no expectations I went to the place, and when I saw his name I was seized with a wave of vertigo. It seemed that all the time between that moment and my early life as friends with Gregory dissolved into nothing.

In my mind I heard the words: “A thousand ages are but a moment in thy sight.”

I had often wondered at the cruel absurdity of Gregory’s being robbed of life so young while I was able to go on to enjoy so much more in the decades that followed. But in that moment, the difference between a long life and a short life seemed to vanish. We all reach that end, and when we do, it all seems like an instant.

Some go off to war as young men and give their lives heroically, while others pursue other courses. But we all reach the point where death becomes our companion. No one is exempt. If you are fortunate to survive to an old age, you will still one day find yourself on the frontlines of the battlefield of life.

I was finally able to visit Vietnam. I went on one of the amazing river cruises that are offered now on the Mekong River. I was hyperconscious of the extreme difference between my experience then, and that of Gregory and millions of others who went to war there.

For the first time, I saw the place that Gregory had seen in his last days on earth, and Vietnam became an actual place for me. I joined the cruise in Cambodia, and I anticipated my first landing in Vietnam with feelings too large and amorphous to put into concepts.

Our first landing was at a small fishing village. The riverboat threw anchor and we boarded small landing craft and headed toward a little dock. There were no large buildings, only tiny homes and boats. As we neared the shore, I could see a crowd of small children no more than 10 years old lining the shore.

They were wearing colorful jerseys, pants and hats, familiar Western consumer goods. As bright as their clothes were, their faces were even brighter. They were full of life, smiling, jumping around, looking out to us with eager anticipation, as if we were the coolest thing they had ever seen.

They were joyous! They embodied the freshness of new life. They couldn’t have known much about us, who we were, where we came from or why. They had no concept of any of the history that had burdened me and my countrymen for so many years.

As I set foot on the land, we Americans were given a hero’s welcome by a throng of beautiful children bursting with cheer. I could not contain myself. As they leaped around with joy, I fell into tears.

I turned my face to hide my feelings. It was overwhelming. Here we were in Vietnam, in some remote fishing village. The grandparents of these children were probably there when my country was strafing the country with napalm. And yet here we were. And there they were.

It was far beyond my capacity to understand. I gathered myself and managed to halt my tears, though my nerves remained raw and open. I just let the feelings roll over me.

In one village we were shown through a dingy little store and we walked by a group of elders drinking tea from tiny pottery cups without handles. As I lagged behind my group I encountered an older gentleman. Somehow our eyes met and though we had no shared language, he offered me a cup of the tea they were drinking.

This was not one of the places cleared as safe for Americans to eat. I had no idea what the consequences might be, but I there was no way I could refuse the kind gesture of this man who had offered a cup of tea to me, purely as a gesture of friendship.

I thanked him by a nod of the head and a look in the eye, and drank it. I lingered a bit as my group moved on until I was in danger of getting lost. Then I thanked him again, took his hand, bid him farewell and moved on.

It is a moment that left a deep impression never to be forgotten.

In closing, I wish for you all the profound joys of discovery of travel. 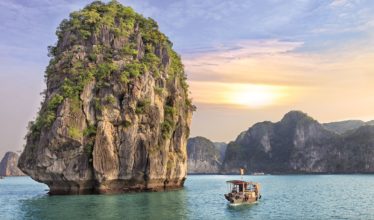 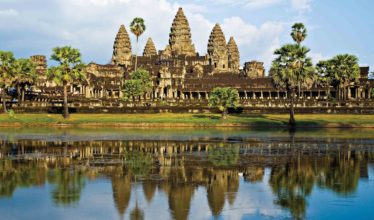 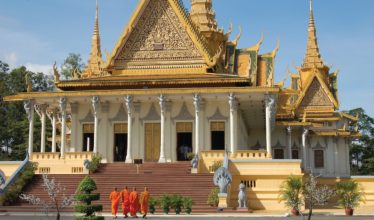