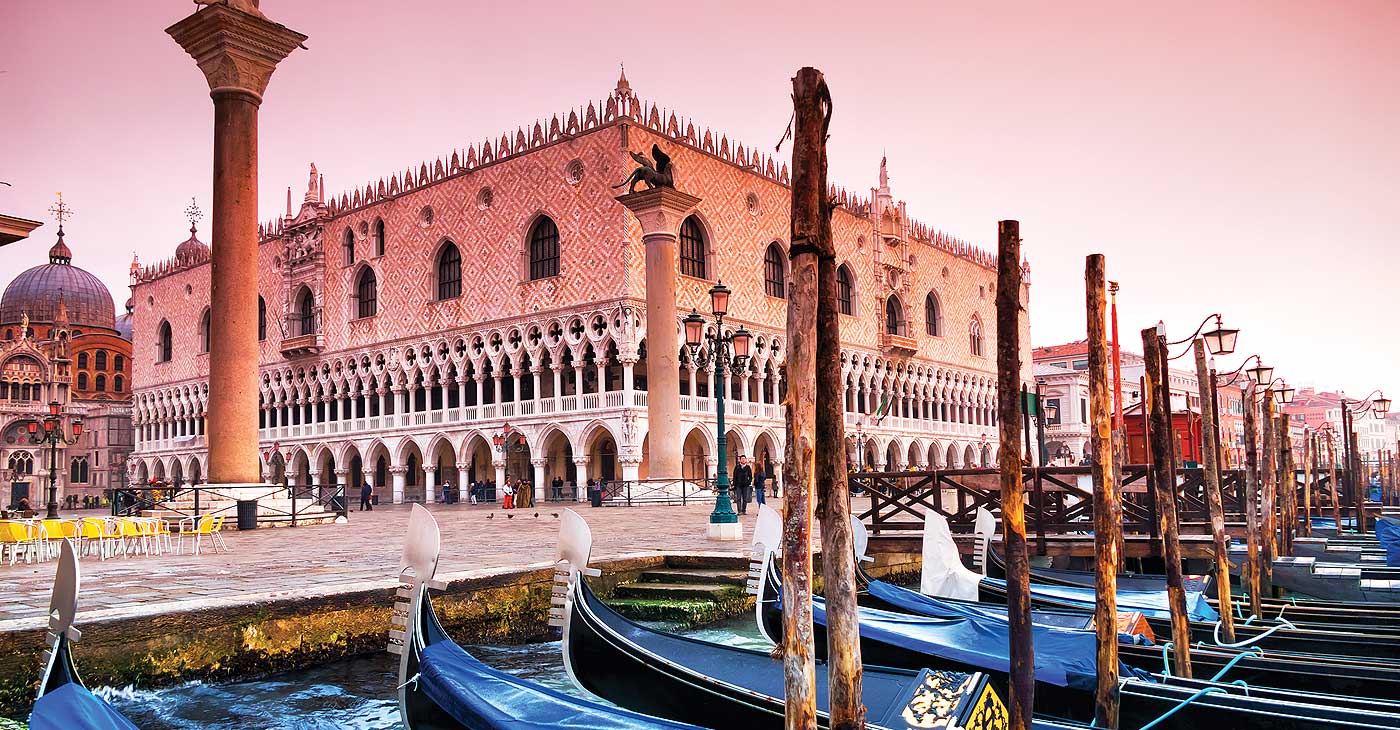 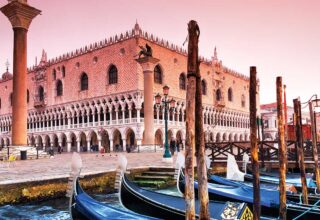 Florence and Rome are renowned for their art and architectural treasures – but the trifecta of art, architecture, and artistic inspiration lives on in Venice. The city is magical; the architecture a kaleidoscope of softly hued and vibrant tones, prestigious art treasures are discovered in small galleries and private palazzos, and an aura exists that the city belongs to the writers, artists and creative thinkers who find inspiration in the past that’s always present. And the stories behind the inspiration is – in a nutshell – the story within the story, such as “The Upside-Down Palace”:

It’s not clear who gets the credit for designing the Doge’s Palace, one of the most famous buildings in Venice… some sources name Filippo Calendrio as the original architect, but he was executed for treason in 1355, a year after he got the job (it’s said they hanged him from one of the balconies of the unfinished edifice); others dispute his provenance. But whoever the visionary was who finished the work in 1420 turned traditional Venetian Gothic architecture on its head. Where the typical medieval palazzo rises on a sturdy base with airy loggias on the upper floors, the Doge’s Palace stands upon tiers of delicate white arches supporting a mass of pink marble, giving a sense of lightness, as if the building were floating on air, and openness to the courtyard and the lagoon (as if an attack by sea were impossible); then there are the breathtaking details, the fusion of European and Arabic embellishments that echo the city’s ancient links to the East; the subtle, elegant manifestations of imperial power. And then, there’s the inside…

Below you’ll find a collection of documentaries and videos that take you inside Venice, from its days as the Republic of Venice and its historic legacy to a look at an artistic influence and the world of the gondola. We’ve also included an insideTauck presentation by Art Historian and longtime Tauck travel partner Elaine Ruffolo, who provides a fascinating look at a 1,000 year history. 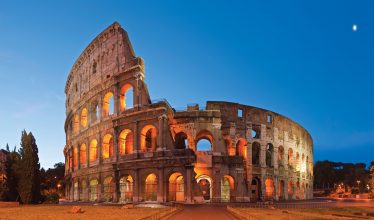 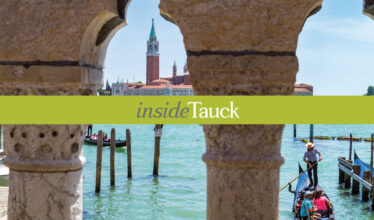