I love the winter holidays, the bright decorations, the festiveness, the sense of license to kick back and enjoy yourself even if only once a year. I love the ideal of peace on earth good will toward men. And for someone who loves to travel, Christmas is a time when you can add the pleasures of the season onto the things you enjoy on your trip. I love the feeling of Christmas in the air in the places I go. And I love observing the different ways Christmas is celebrated around the world.

These pleasures, by the way, are not limited to people who practice the Christian faith. The time around the winter solstice has been celebrated for thousands of years, since long before the birth of Christianity.

The Christmas season is a good time for family travel because school lets out and it’s often a good time for people to take breaks from work because, as Dickens’ Scrooge said, “Christmas has a way of keeping people from doing business.”

That makes it a good time for a warm weather getaway. When the cold weather and the long nights give you a stiff case of cabin fever and the urge for going it’s a good time to join 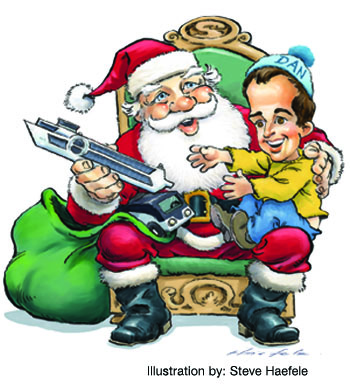 the migratory birds and leave the cold winter behind for some warm destination.

Taking a trip can be a nice alternative to all the tasks associated with Christmas. You can leave the cooking and the organization of activities to someone else.

There are certain things you can only see at Christmas, such as the popular Christmas markets in historic cities of Europe. They’ve been so popular that new ones are popping up. You can mix the markets in with other seasonal pleasures such as mulled wine and listening to the carolers singing. Skiers can blend skiing in with a Christmas trip. On a river cruise you can visit a different Christmas market practically every night.

Many cities, such as New York or London, are even more spectacular than usual when they are decked out in full Christmas regalia. New Orleans, the city of Mardi Gras, has its own colorful version of Christmas.

The season is celebrated in an endless variety of ways, but the basic elements of celebration and love of one’s fellow man seem to permeate the various winter holiday traditions around the world.

I have often found myself in December in a warm place, either in the tropics or in the southern hemisphere, and it’s a little bit funny to see the traditions that originated in the cold northern winter, such as Christmas trees and Santa and his reindeer, transported to a warm place like Hawaii or Mexico.

Saturnalia, the Roman festival that took place December 17-24, incorporated some of the elements of our modern Christmas, including the celebratory mood, the gift giving, and the relaxing of some social mores that are observed during the rest of the year.

Dong Zhi, which translates to “winter arrives”, is the Chinese celebration of the winter solstice. It’s not an official holiday anymore, but is still an occasion for families to observe together.

Scandinavia has St. Lucia’s day, which was dedicated to an early Christian martyr killed by the Romans. Scandinavian girls wear white dresses with red sashes and wreaths of candles on their heads in homage to St. Lucia.

Iranians celebrate Shab-e Yalda on the night of the winter solstice. The name translates to “night of birth,” because it’s the beginning of the return of the sun and the lengthening of days.

The Suni Indians in New Mexico have a tradition that includes a ceremonial dance called Shalako, fasting, prayer and watching the sunrise and set on the days approaching the solstice, “itiwana,” or the rebirth of the sun, which is announced by the Pekwin, or sun priest, with a long calling sound, leading into dancing and celebration.

The Hopi people of northern Arizona celebrated the winter solstice with their Sun Chief proclaiming the setting of the sun on the night of the solstice, setting off an all-night celebration with fires and dancing.

In Japan the winter solstice is observed with bonfires to encourage the sun’s return. People take warm baths scented with a healthy citrus fruit called yuzu.

Christmas Through the Looking Glass
Christmas traditions differ from family to family and even more from country to country. Much of the way we celebrate Christmas in modern America was determined in the early 1800s in England.

The Christmas tree was brought from Germany to England in 1840 by Queen Victoria, to make her German husband Albert feel at home. Much of modern Christmas was laid down by Charles Dickens in his popular book A Christmas Carol. But as you may recall there was no Santa Claus in that story.

Santa comes from a number of stories from different cultural traditions. The best known antecedent was St. Nicholas, who was from the Turkish port city of Batara and was born around 245 A.D. Supposedly old Saint Nick gave sacks of gold to each of the three daughters of a nobleman who had fallen on hard times and didn’t have enough money to give them dowries. Nicholas threw the sacks through the window, but by the time he got to the third sack, the window was closed so he dropped the bag down the chimney.

The story of St. Nicholas is wrapped up with other stories that make up our modern Santa Claus. The British had Father Christmas, the French had Père Noèl, the Dutch had Sinterklaas, the Danish had Jules-Missen and the Romanians had Mos Craicun.

Santa Claus as he is portrayed today with the red suit and white beard is an image that took shape in America. The popular poem “The Night Before Christmas” from 1822 does not mention Santa Claus, but describes St. Nicholas as “chubby and plump, a right jolly old elf.”  This St. Nick was “dressed all in fur, from his head to his foot.” But he did have his sleigh full of toys pulled by “eight tiny reindeer.” The red suit came later.

The Coca Cola company claims a lot of the credit for shaping the image of Santa that has come to prevail. Before 1931 the company claims Santa had appeared in a variety of forms, from a green elf to a slender Santa dressed in animal skins. That year Coca Cola commissioned a Swedish artist named Haddon Sundblom to create an image of Santa. He wore a red coat trimmed with white and a black belt. Coca Cola replaced the pipe of some earlier versions with a Coke bottle. The red hat came in 1934. The artist created a new rendering every year for many years.

That image of Santa was an American creation and he is largely absent from the Christmas scene in England. If you’re traveling around Christmas in Britain you’ll experience Christmas differently than in the U.S. in a number of ways.

The British National Trust considers the name “Santa Claus” an Americanism, and prefers the traditional British name “Father Christmas.” There are many other ways that the British version of Christmas is different from the American,

The British Christmas dinner usually includes Yorkshire puddings, which are like dumplings made of egg, flour and milk and shaped into a kind of loop with a hole in the middle. The dinner is also likely to have Christmas pudding, a sort of fruitcake. Another British Christmas delicacy is the mince pie, a small pastry filled with spices, fruits and nuts.

Wherever you travel for Christmas you can experience Christmas traditions through different cultural lenses.

So on that note, I wish you a Happy Christmas and Happy Travels 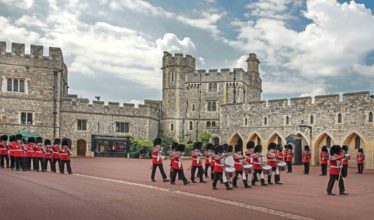