The Portugal of My Imagination: A Letter to My Future Self

I write today about a place where I have never been. Somehow in all my long years of incessant wandering I have not made it to the western edge of continental Europe, that strip of land on the left coast of the Iberian Peninsula. Portugal.

I don’t know how I could have reached this advanced stage of my life without making it to Portugal. It is proof to me that the world is enormous and a never-ending source of delight and discovery for the explorer.

For me Portugal is still an undiscovered territory. I am now at that place of delicious ignorance and innocence that will be joyfully shattered when I do finally set foot in Portugal. The actual experience of the place will blow my primitive imaginings into oblivion, to be forgotten and replaced with a flood of fresh impressions of the real thing. I am on the cusp, about to pass through the threshold between naivete and experience. How exciting!

So, with that in mind, I’m going to write down some of my thoughts about it now so I can return and compare them to my impressions after I have experienced the real thing. A journal helps you keep in touch with the person you used to be. And once I have been to Portugal, I will be a different person.

So this is a letter to that person I will be, my future self. 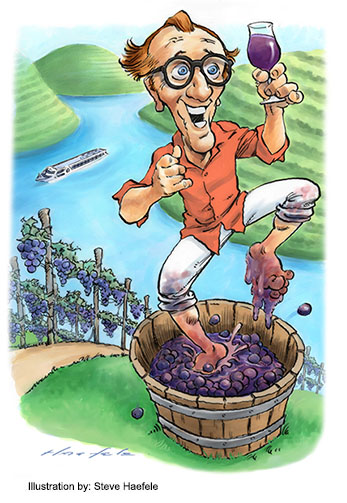 In a very real sense I am already traveling there now. It’s wonderful how the mind can do that. Swept up in anticipation, my mind has already gone ahead to the Portugal of my imagination. Subconsciously all my previous associations with Portugal from my vast database of life experience are flooding in now, as if I had done a search and the results are appearing.

The Portuguese empire was one of the earliest, largest and longest lasting of those empires. The Portuguese left their mark on practically as many places as Queen Victoria did, only earlier.

Even if one does not go to Portugal, Portugal comes to you. The intrepid Portuguese explorers turned up practically everywhere. Theirs was an aggressive push from a country the size of Indiana out into the world. Looking back at it from the 21st century is astonishing.

By the time Columbus discovered the New World in 1492 Portugal had already been building its colonial empire for the better part of a century, starting in Africa before the European discovery of the Americas.

In one of the all-time worst strokes of bad judgment, Portugal’s King John II refused Christopher Columbus’s proposal to sponsor him on seeking a route to India by heading west. Columbus then went to Ferdinand and Isabella of Spain. King John must have kicked himself.

But he was not to be left far behind as the European colonial powers went around the world claiming territory at a frenzied pace. Portugal remained at the front of the pack for a long time, managing to claim and hold half of South America.

A map of the former Portuguese Empire shows a significant part of the earth under the dominion of Portugal at some point. You may bump into Portuguese colonial heritage in places as remote from one another as Angola, East Timor, Macau, Bahrain, the Swahili Coast, Barbados, Sri Lanka, Mozambique, the Gulf of Oman and many other places.

When traveling in Brazil I learned of Vasco da Gama sailing up the eastern coast and coming to a vast bay on New Year’s Day, which his Italian navigator, Amerigo Vespucci, named Rio de Janeiro, the River of January.

The same Vasco da Gama discovered the harbor on the east coast of Africa now known as Durban, and named it Natal in honor of Christmas Day. The Portuguese explorers were everywhere. It would be almost impossible to avoid the historical legacy of Portugal if you’re a traveler. You bump into it all over the world.

In my travels I find myself repeatedly stumbling onto those Portuguese footsteps in the most diverse places, in Tanzania, South Africa …even Nagasaki! Every time it draws me back again to the mother country, Portugal.

It was the music of Brazil that awakened me to that country’s vibrant culture and made me determined to go to the source of that music and discover Brazil for myself. Portuguese culture blended with Native American, African and French cultures to produce Brazil’s wonderful cultural amalgamation.

After experiencing Brazil, the same logic made me want to continue the progression back to the colonial mother country.

I was similarly seduced by the warm, soothing music of Cesária Évora, a divine singer from the Portuguese colony of Cape Verde, the island west of Africa that was an early stopover point for Portuguese sailors.

Each of these discoveries of Portugal’s colonial legacies leads me back to the mother country.

Return to the Source

So Portugal has been working its way up my bucket list and it’s getting very close to the top. At the same time it seems practically the whole world is having an awakening to Portugal. It has become a travel hot spot. It is frequently named now in travel publications as one of the ultra cool, elite destinations for the more clued in travelers. Portugal has taken its place at the leading edge of travel trends.

In recent years I’ve been hearing more and more about people discovering the beautifully preserved Old World charm of Lisbon, the capital city from which the great explorations sprung forth. And now the traveling public has moved beyond Lisbon north to the Douro River Valley and the wine region there.

This trend coincides with my own travel progression, so I have decided to catch onto this one and travel to Portugal. I will experience Lisbon. That’s Portugal 1.0. And then I plan to head north to the city of Porto, where the Douro River dumps into the Atlantic, and inland to the wine region in the Douro Valley.

The Douro River Valley is said to have been the world’s first demarcated wine district. It’s the home of Port wine, which became the first internationally branded wine in the 1750s when the the Marquis of Pombal set up the world’s first system of control of origin. Through his regulation of the cultivation of wine he created a guarantee of quality of Douro wine and that was the foundation its wine industry, still thriving today.

In pictures of the Douro wine region you see the sheer physical beauty of its exquisitely manicured terraces. Vintners have terraced the mountainsides for centuries to create horizontal surfaces for growing grapes. The rolling landscape presents a beautiful combination of natural beauty and human cultivation.

Now my reasons to visit Portugal have reached critical mass and it’s time to take action and fill in that large missing piece of my travel history.

Though I already have a flood of associations about Portugal, I realize that what I know is far less than what I don’t know. And I relish the opportunity to fill in the space between those sketchy details and blast away my misconceptions.

I can hardly wait to go to Portugal and finally get a taste of the real thing. I’ll report back to you with my findings. 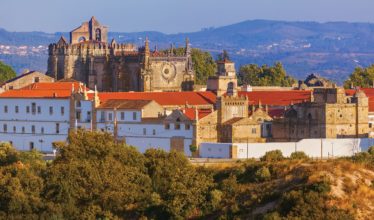 A Week In... Portugal 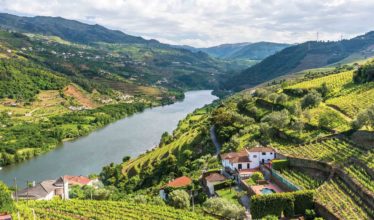