The Journey of a Culinary Dunce

It really snuck up on me this foodie thing. For the longest time I was totally impervious to it. The culinary wave swept over me and I was unmoved, like a dead tree stump on the beach that always marks the same spot no matter how turbulent the tides that wash over it day by day. Then one day to my surprise I discovered that I had changed. It was travel that pushed me out of my rut. And once my resistance was overcome, I really enjoyed it.

Until then my mind was closed to it. After all, I was a mature person, set in my ways. I was way too busy to take on a new hobby. The culinary world seemed out of reach. When I heard knowledgeable people talk about culinary matters, my mind went into a fog. I couldn’t comprehend it. I respected people who could talk about cuisine. But I never attempted to join in. I would have instantly been beyond my depth.

My culinary practices have always been primitive to the extreme, about two steps away from those of the bears. As a cook my menu was limited to a handful of items. I could make a good egg 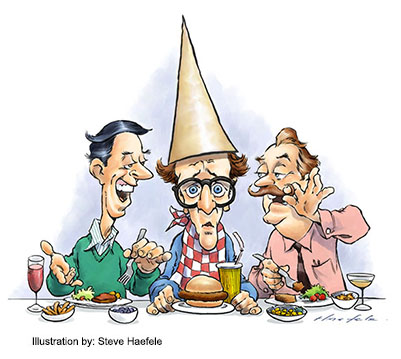 sandwich, a great cheeseburger, a pretty good chili. Rather than cooking, I usually made do with cold sandwiches. If more serious cooking was to be done, it would be done by someone else.

Meanwhile around me I was seeing this groundswell of interest in food. I witnessed the rise of a new kind of being: The Foodie. The Foodie lived for food. He was consumed with thoughts of the things he consumed. He spoke of food with detail and nuance that made my head spin. And he traveled for food. When he went to Rome, it was not the Colosseum that excited him. It was the restaurants.

We in America have always been culturally primitive compared to the Europeans. When it came to food, we were in the Dark Ages. In the Middle America of my youth, food was pretty one-dimensional. I enjoyed it at the time, but looking back the American diet was bland, with white bread and processed, packaged food that had the nature strained out of it and only a pasty, ghostlike shell remaining.

But somewhere along the way Americans’ awareness of cuisine started to take off. And it has grown and grown. I remained the stump in the middle. I was content to continue in my old, narrow habits. I felt that I could never hope to be conversant on the subject.

Oh, I ate all right. I ate with relish and enjoyed food tremendously, I can say that. That may have been part of the problem. I ate so voraciously that I became pure id. My mind switched off and I became an eating animal.

If someone would say, “Would you care for some salt on that?” it would be too complicated for me to process while I was hastily wolfing down my food. I lacked the presence of mind to stop to think about adding salt or sauce or veggies. I would be more inclined to wave the suggestion away and say, “Not now, thanks, I’m eating.”

The Twain Shall Meet

But even as I was the old stump on the beach, this culinary wave was developing around me. In my activities as an incessant traveler, it was inevitable that the wave would find its way to my doorstep.

As I took tours in different parts of the world, the popularity of tastings and cooking classes was soaring. I began to find myself attending them.

I was probably the worst student in any of those classes. But I attended in good faith, tried to be a good sport, to participate, pay attention, and do what I was instructed to do. I never expected any of it to stick. Throughout my life I had absorbed almost nothing about cuisine. Why should that change at my advanced age?

No matter how many cooking classes I experienced, I remained a culinary dunce. In my case it’s not a pejorative term. It’s just a fact.

But it started creeping up on me. I felt my interest spark when I watched the smooth technique of the chef handling a knife with graceful, rhythmic motions that rapidly transformed a vegetable into tiny, uniform slices. When the master handed me the knife, I found myself emulating his motions.

I was awed by the way they set up a project, planned it, prepared all the ingredients, put them together in precise amounts and in a certain order, applying heat or motion to change the chemical state of things, orchestrating everything with perfect timing so it all came together at once. I admired these skills as I admired a matador, never thinking I would one day take up the cape myself.

Then the strangest thing happened. I reached a threshold where all the cooking lore I had been exposed to hit critical mass. I suddenly discovered that I had actually learned something from those classes. Something had penetrated after all. I was no longer entirely oblivious.

The catalytic moment came when my father-in-law was immobilized by a foot injury and needed me to stay with him for a while to help with basic housekeeping. For once I was the one responsible for preparing meals. On my own I could easily satisfy my own meager culinary requirements. But being in charge of preparing meals for someone else required a little more. I was thrown into the water and had to swim.

My father-in-law and I were like two old bachelors living together, an Odd Couple. But it would have been embarrassing to serve exactly the same thing every meal. So I started thinking a little more about what each meal would consist of. I tried to create balanced dishes, with some protein, carbohydrates and a green vegetable. With my meager talents even that was a challenge.

It might be as simple as buying a rotisserie chicken, potato salad and some greens and making meal out of that. At least that had the main constituents of a meal. As I kept coming back to the task, I began to get creative with it.

Gradually I realized that what I had absorbed incrementally during those cooking lessons was coming into play as I prepared one meal after another. I was evolving. My inner chef was finally coming forth.

Okay, reality check. I am still the most primitive of cooks. My culinary aspirations remain humble at best. But something changed. Something ignited in me, and I suddenly found that I have a capacity for enjoyment of culinary matters. I have begun to enjoy the process of cooking and what it produced. And it doesn’t feel as if it cut into my available mental space at all. Adding that bit of culinary awareness into my life did not detract from my other interests.

I still don’t qualify as a foodie. I may not be feral, but I am still very basic. My efforts would be laughable to any serious foodie. But what changed is that suddenly there was a spark of interest. I finally reached a point where all my cooking experiences brought me to a point where I can enjoy the culinary arts. Suddenly it became an avenue for creativity and fun.

So maybe sometimes you can teach an old dog new tricks. 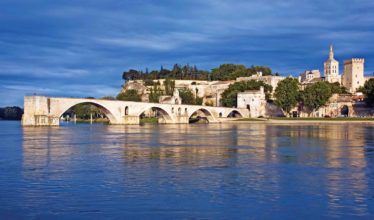