The Czech Republic Behind the Name 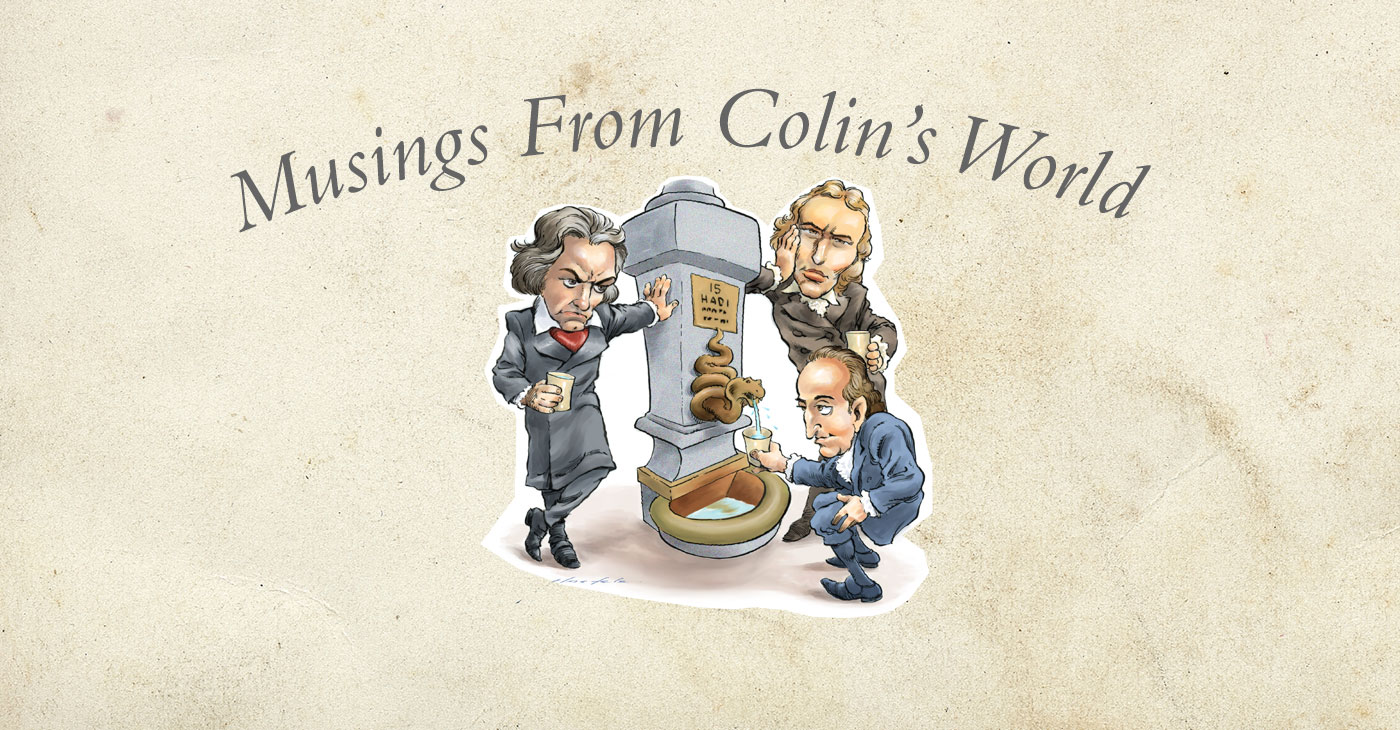 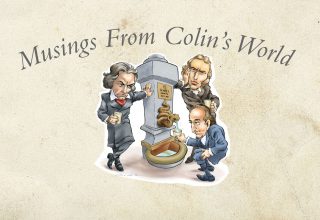 The Czech Republic, aka Czechia, suffers from brand discontinuity. It’s only been known by its current name since the 1990s. The region has been associated with many other names, some of which evoke the romance and adventure of its rich history.

When I toured the Czech Republic I discovered that I knew more about it than I thought I did, but some things I knew by different names.

For example, my itinerary showed Karlovy Vary. I had never heard of it. But when I was there, I realized it was the place I had known as Carlsbad, and that connection brought a flood of associations.

Carlsbad! That was where the climactic scene in Beethoven’s love affair took place in the movie Immortal Beloved. The composer had planned to meet his secret lover there. But he was delayed by a storm and by the time he arrived in Carlsbad she was gone. That was when he threw the chair through the window of the inn.

Carlsbad’s thermal springs have drawn people for centuries, including celebrities like Chopin and Brahms, and Bohemia’s own Smetana. In the summer of 1812 Beethoven could be seen strolling around with the German poet Goethe. Friedrich Schiller and Peter the Great also spent time in Carlsbad.

The name means “Charles’ Spring,” in honor of the Bohemian King Charles IV, whose name pops up all over the country, including on Prague’s showplace Charles IV Bridge (which you have to see in Prague). Charles is credited with being the first to stumble onto the springs in 1358.

The landscape of Karlovy Vary, with its forested mountains and alpine architecture, was charming enough on its own. But when I realized it was the famous Carlsbad I had heard about, it added an extra dimension of enjoyment. 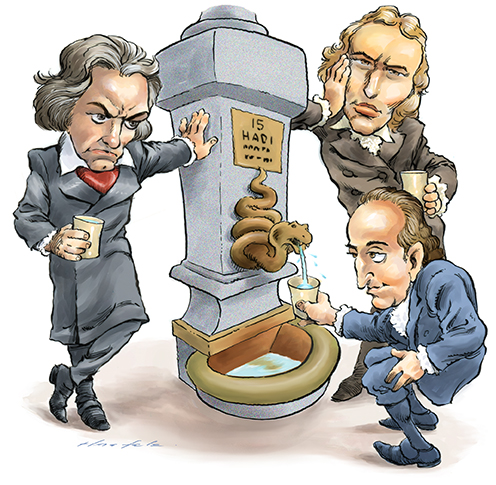 What’s in a Name?

The word “Czech” is based on the Czech people, a Slavic ethnic group native to the area. From 1918, at the fall of the Habsburg Empire, to 1993 the Czech Republic was combined with Slovakia as Czechoslovakia. In 1993 Czechia and Slovakia split again.

Prague is the jewel of this crown. Through all the changes in names and boundaries over the centuries, Prague has always remained Prague. It stands proudly as one of Europe’s most venerable cities, a city so nice Mozart named a symphony for it.

Prague was founded in the 9th century during the Romanesque period and it flourished through the Gothic, Renaissance, and Baroque periods. It was the capital of the Kingdom of Bohemia, and the home base of several of the Holy Roman Emperors, including Charles IV.

The many changes in names and boundaries reflect the rich historical tapestry of the center of Europe, a region often caught up in battles between competing empires. The country today retains cultural richness left from each of those waves of history.

One of the most compelling reasons to visit Prague is the fact that it is so well preserved. Prague escaped the bombings and ravages of both World Wars, so its historical buildings and relics are more intact than in practically any other European capital.

Because it’s considered the most perfectly-preserved large medieval city, it’s a favorite setting for filmmakers. Czech filmmaker Milos Forman filmed Amadeus in Prague because it could portray the Vienna of Mozart’s day.

You can experience layers of Europe’s past in Prague that can’t be seen anywhere else. The rebuilding of European cities after World War II wiped away most of the rubble and devastation of the bombings. But we can never know how many of the finer details of life were swept away with the debris and forgotten. In Prague you can get an idea of what kinds of things may have been lost elsewhere in Europe.

One of Prague’s most popular attractions is the Astronomical Clock mounted on the side of the Old Town City Hall in the Old Town Square. It’s one of the most ingenious surviving examples of the watchmaker’s art, executed on a monumental scale.

Crowds gather under the clock to watch the dials that track the movements of the sun and planets. When the big hand reaches 12, a window above the clock face opens and large wooden figures representing the 12 Apostles parade by the window to look out onto the crowd below. This has happened practically every hour for six centuries.

This could not have been replaced if it had been destroyed in a bombing raid. There would have been no one with the knowledge of the watchmaker’s craft to rebuild it.

The same thing applies to every inch of Prague. Not rebuilt, never obliterated. The city consists of layers and layers of authentic, intact artifacts from past centuries that stare back at you from virtually everywhere you look. Beyond what you can see, you can feel the sense of continuity going back centuries.

Prague preserves architectural styles that swept through over the centuries: Romanesque, Gothic, Renaissance, Baroque, Rococo, Neoclassical, Art Nouveau, Art Deco, Cubism and Brutalism, on to the present day. The countryside is similarly well preserved. This country the size of South Carolina has 12 UNESCO World Heritage sites.

There are way too many things to say about the Czech Republic. One highlight comes to mind: I saw the most amazing castles in Czech Republic that I have ever seen. They reminded me of the castles portrayed in Disney fantasy movies. But as opulent as the cartoon castles appeared, the real ones are even more extravagant, with amazing architectural grace and elegance.

The most notable is Prague Castle, whose Gothic towers stand high over the city. Dating from the 9th century, it has been the home of kings of Bohemia and emperors of the Holy Roman Empire. It’s the largest castle complex in the world, measuring some 750,000 square feet in area.

The State Castle at Český Krumlov rivals Prague Castle as a spectacle. With 40 buildings clustered around five castle courtyards, and a castle park of 17 acres, it’s one of the largest castles of Central Europe.

The Hluboká Castle in the town of Hluboká nad Vltavou is a perfect fairy tale castle. It was built in the 13th century and has been rebuilt many times since, incorporating various styles such as Renaissance and Baroque and finally coming to its present neo-Gothic appearance in the 19th century. The appearance of the castle, with crenelated towers that look like chess pieces, transports the imagination to a long-lost world.

The Czech Republic’s recent history is just as compelling. The Velvet Revolution in 1989, led by the Czech poet Vaclav Havel, was a stunning event in which the small country stood up to the mighty Soviet Empire and prevailed.

The John Lennon Wall in Prague is a spontaneously-created, unofficial tribute to the musician. It’s touching to see how Praguians saw him as a symbol of freedom during the oppressive period of Soviet occupation.

There is so much more to say about the Czech Republic. Kafka. Kundera. Dvorak. Did you know Freud was born in Moravia? And Czech writer Karel Čapek created the robot. Time and words are inadequate. Go for yourself and you’ll see what I mean. 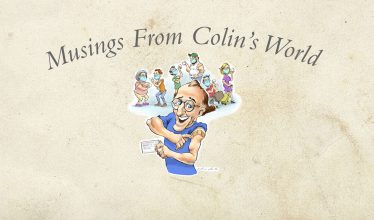 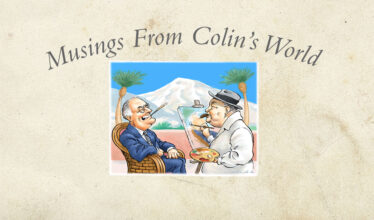