Serendipity – Do You Believe in Magic? 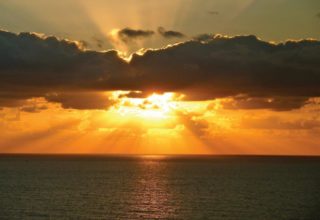 While we were discussing travel, someone said “serendipity” and the word danced into the room like a melody. Serendipity – what a charming word! I had a feeling of the word from its context, but it’s mysterious. So I went in search of a definition.

This is at the heart of why we travel because it refers to those little gifts we receive unexpectedly when we expose ourselves to the unknown, when we take a chance and set out on a voyage of discovery.

How many times traveling have I run into someone randomly who was completely outside of my ordinary day-to-day channels, and had some wonderful conversation that I will keep as a precious memory for the rest of my life? Countless times, and those memories are safely stored, to be retrieved by association some day during some other enchanting conversation.

Serendipity is related to words like fortune, luck, kismet, synchronicity, fate, charms, omens, etc., many dimensions of what breaks down for me – even at my advanced age – to magic.

I was born believing in magic. My earliest thoughts sitting on a linoleum floor were about magic. In my life, as in the history of humankind, magic came first, and science much later. I was educated to think scientifically, and that discipline clarifies my thinking. But I still believe in magic. I can’t help myself. I live in two worlds.

Travel and magic go together. Travel is a way to cast ourselves into the realm of magical wonders.

Travel is central to stories of enlightenment. The word “serendipity” itself comes from a story of a journey. It was coined by Horace Walpole, who explained in a letter how a certain discovery had come to him by a talent he had for finding what he wanted wherever he looked. 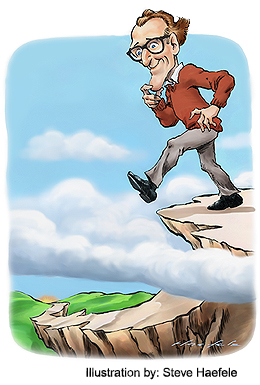 “This discovery,” he wrote, “indeed, is almost of that kind which I call Serendipity, a very expressive word … you will understand it better by the derivation than by the definition. I once read a silly fairy tale, called ‘The Three Princes of Serendip’ and as their Highnesses traveled, they were always making discoveries, by accidents and sagacity, of things which they were not in quest of.”

Enlightenment itself is often portrayed as a journey. Life is a journey of discovery. We are all pilgrims on a spiritual journey. Through travel you expose yourself to wonders that expand your dimensions of being. You can only grow spiritually or mentally by exposing yourself to the unknown.

If you seek the higher joys of life, you have to step out and take a chance. That entails danger. Leaving your comfort zone and going out in the world inherently involves risk. Only by exposing yourself to that uncertainty can you experience your greatest ecstasy (a word that comes from the Greek ekstasis: “not static” – moving).

A journey begins with an act of faith, an existential leap into an unknown realm, reaching for something you don’t currently have the resources to achieve. But the courage of taking the leap attracts the resources you need to achieve your objective.

Why are some people lucky? Can you enhance your luck through your actions? Many people believe you can, or that to some extent you make your own luck.

Gamblers talk about being hot, being on a winning streak or on a roll, having some kind of momentum that allows you to break through normal barriers and defy the odds.

Gamblers have superstitions about how to improve their luck. They blow on the dice, or shake them in different ways. Some think wearing red brings luck. Some refer to luck as a lady that must be wooed. Can you improve your luck by your actions or your belief?

We have all heard stories of that magical element that often comes into play when people believe passionately in their dreams, and how that belief somehow allows them to transcend normal limitations.

One story that comes to mind when I think of that kind of luck, is the way the vocal group The Mamas and Papas came into great success in one giant burst of magical luck. When they first formed as a group, they decided to spur their creativity by taking a trip. Michelle Phillips threw a dart at a world map and when it landed on the Virgin Islands, they set off.

It worked. The islands were so enchanting that John Phillips wrote almost all of their hit songs right there. And there was more magic. Cass Elliot couldn’t hit a certain high note, but after she woke up after being knocked unconscious by a falling pipe, she could hit the note.

When they discovered their credit card was blocked and they needed money to get home, they went to the casino. Dressed in a flaming red dress, Michelle went to the craps table and threw 17 straight passes, raising the money they needed. She was hot.

When they got home they signed a record deal and became big stars. What caused that streak of luck? Was it because they believed in themselves so much that they threw themselves with abandon into daring?

It’s hard to confirm luck scientifically, but in the 1940s J.B. Rhine set up an experiment in which he asked people to guess the cards drawn from a deck. Even the average scores were considerably better than the science of probability would suggest, and some people beat the odds in staggering proportions. But the results would start brilliantly, and then fade.

If something inspired the subjects and roused their interest again, the scores would jump up again. Boredom diminished their results, enthusiasm increased them.

Your luck, your psychic abilities diminish when you get bored. That’s why you need that vacation. When things become boring and repetitive, it dulls your faculties. You need to stir things up.

When I launch into a trip, it doesn’t take long for the magic to start, and I am always treated to wonderful discoveries I would never have experienced if I had not taken the leap. Things are never quite what you expect. And the surprises are usually the best part of the trip.

When you travel and expose yourself to the unknown, wonderful things happen. You receive sweet surprises. We take off on a trip anticipating wonderful discoveries, and we get them. The universe responds to our enthusiasm. That’s serendipity.

Is there a way to boost your luck? Is it possible to make yourself more receptive to good fortune? I say there is. If you are down on your luck maybe you need to take a chance. I am convinced that you can push the odds by pure daring.

If things are a little stale in your world (and in what world do things not occasionally get stale?) often what you need is a change of scene. Take a trip! Take that voyage of discovery.

On that note I leave you to your own inspiration, and your own courage.

Take a chance, and expect serendipity.