Music: The Soundtrack of Travel

“Music is a moral law. It gives soul to the universe, wings to the mind, flight to the imagination, and charm and gaiety to life and to everything.” – Plato

Everyone has certain affinities and personal interests they are drawn to, some of which seem to be inborn, others which are acquired along the way. Some human universals can be seen everywhere there are people. But food, clothing and shelter are never generic. They always appear through the respective cultural prisms of each place.

Food is experienced through culinary culture, either pasta, tacos, hamburgers, sushi or some other variety. Clothing appears as fashion. Shelter is expressed through architecture. Each is a microcosm of the overall culture, a part that reflects the whole. Your interest in a specific subject can help you understand an overall culture even though your actual knowledge is focused on a small part.

Nearly as universal in human life as food, clothing and shelter are the arts. Everywhere you go you will see the local expressions of music, painting, sculpture, design, crafts, and so on. I enjoy all of these aspects of culture when I am traveling, depending on what strikes me along the way, but perhaps my favorite is music. For me, music is one of the best prisms through which to experience a place.

Music is a true human universal. It is practically everywhere. All cultures have music. Wherever you go there is music on many different levels of society: popular music on the radio or the sound system of restaurants or stores, musicians playing on the street or in night clubs or restaurants. Without making any special effort you hear music almost anywhere you go.

Every culture has its own forms of music. There are times and places with no music, but probably more often there is music, and it affects how we experience an environment. Think of the difference between silent movies and sound movies. How would you have experienced your favorite movies if you took out the music? It also applies to travel. Music is the soundtrack of travel.

What if you put sad music over the triumphant part of the movie, or tense, sinister music over a sweet scene between a mother and child? You would experience it completely differently. If you superimposed the music of China over your experience of Paris, it would be an entirely different experience.

Music has great power over our feelings and how we experience a place.

Someone once asked Stevie Wonder why he went to movies, since he could not see what was on the screen. He said that he could follow what was happening just by listening. “You might be surprised,” he said, “how much of what you think you are seeing is determined by what you hear.”

Beethoven is said to have told his assistant Anton Schindler: “It is the power of music to carry one directly into the mental state of the composer.”

Think of the difference between a Strauss waltz, which practically picks you up and carries you waltzing away with it, or a dirge, which makes you want to cry without knowing why. What is the effect of hearing some lively jazz? Hearing a recording from your youth can plunge you vividly back to a specific moment in your past.

When traveling around the Midwest as a young man and stopping at truckstops along the way, I used to amuse myself by going to the juke box and finding some odd record that would completely transform the atmosphere of the restaurant. I could observe an instant effect on the people present if suddenly a jazz song broke out in a room that ordinarily only contained country music. With my quarter I could take over the whole place for a few minutes.

Every country has its own way of expressing the musical impulse. The range of musical variety is enormous, and it usually affects you when you are not seeking it.

At a safari lodge in Africa, I have seen the staff put down their food service and housekeeping tasks for a moment and join together in rich harmonies to serenade the guests. With no amplifiers or instruments they can make you feel as if the angels were transporting you to the heavenly spheres.

I can remember now as if it were yesterday at an outdoor restaurant in Johannesburg a little ensemble playing clattering syncopations and layers of complex polyrhythms that created a jagged cacophony of sounds you would not hear anywhere but Africa.

In the Middle East I have enjoyed the eerie melodies of Arab music, with hand drums, reed instruments and belly dancers that took me on a flight of fancy as if on a magic carpet through untold centuries.

In China I was entranced by Chinese music and dance, with lavishly colorful costumes that brought me into a world that has survived intact for millennia.

Some places I was drawn to mostly by the music. When I discovered the music of South Africa, which often doubled as historical literature, I knew I had to go to that country to experience it for myself.

The samba and bossanova music of Brazil is so charming it spread around the world and draws people there just to experience what they feel in the music, which seems to evoke the breeze on the beaches of Rio.

Whatever Cuba may have lost through poverty, it seems to have made up for in part by the richness and the soulfulness of its music. Cuba’s relative isolation and its lack of material resources ironically created an environment that produced a wealth of heartrending music. That alone is worth visiting Cuba for.

You can enjoy the local musical culture wherever you go with little effort. But if you want to dig deeper into it, there are many organized tour and event programs that can take you right to the source and steep you in the musical cultures you love.

Some places are particularly known for their rich musical culture and history. Vienna, for example, was the center of European music throughout the Classical period, the home of great classical composers from Haydn, Mozart and Beethoven through Schubert, Brahms, Mahler, Bruckner and others including, of course Johann Strauss, whose waltzes are almost synonymous with Vienna. There were historical reasons why Vienna became such a musical capital.

Joseph II, emperor of the Holy Roman Empire from 1765 through 1790, was known as “the musical king” and promoted high culture in Vienna in many ways. He was a musician himself and maintained his own musical ensemble in court. Lesser nobles wanted to be like the Emperor so they also maintained their own ensembles, which made Vienna a great center for musicians gather to find work. Vienna’s unchallenged status as the center of music was what drew Mozart from Salzburg and Beethoven from Bonn.

The music of the classical period still lives in Vienna today and the musical culture is still vibrant, maintained by today’s generation of musical aficionados. It is an important part of the atmosphere you experience in Vienna. Even the underground trains sound musical when the chimes signal that the doors are closing and the train is leaving the platform.

The United States, with its great multi-cultural diversity, has produced a musical culture that has earned the love of people around the world. There are certain places within the U.S. that are particularly rich in musical culture. The first place on that list should be New Orleans.

Ken Burns in his documentary film series Jazz, shows the unique confluence of factors that made New Orleans the environment where jazz could be born.

New Orleans was the port city where the river system of the Mississippi, which drained two-thirds of the continental United States, met the Gulf of Mexico, which opened onto the Caribbean Sea and to world trade routes connecting North and South America, Europe and Africa. The tremendous vitality of the multicultural mixing and economic activity created the perfect medium for the birth of the new hybrid form of music.

As a French city ruled under the Napoleonic code, New Orleans observed strictly the Sabbath, and even slaves were allowed a day of rest. They were permitted to gather in Congo Square to sell their crafts, play drums and other instruments and dance. Africans from different parts of Africa, who would have lived too far from each other in their home countries to have ever met, came together in Congo Square in New Orleans, along with people of various European extractions. The combination of many cultures sparked cross-fertilization, and from the rich melting pot of culture jazz emerged.

From New Orleans jazz spread like wildfire up the Mississippi to Chicago, then to New York and beyond to the rest of the world. The strong musical cultures of those cities can still be experienced today through special tours and events in those cities. Other tours will connect you with music experts in musical capitals such as Vienna, Budapest and Prague. Today’s travel industry is waiting to be your escort and educator.

Or you can just relax and let the music come to you no matter where you go. For me, music is the best medicine for my heart, mind and body.

And so on that note, I bid you farewell and Happy Trails,

Until we meet again, I remain, 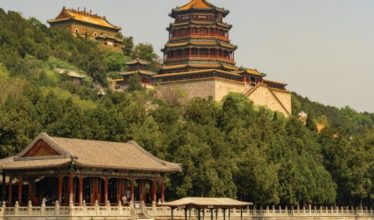 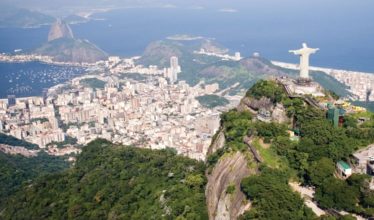