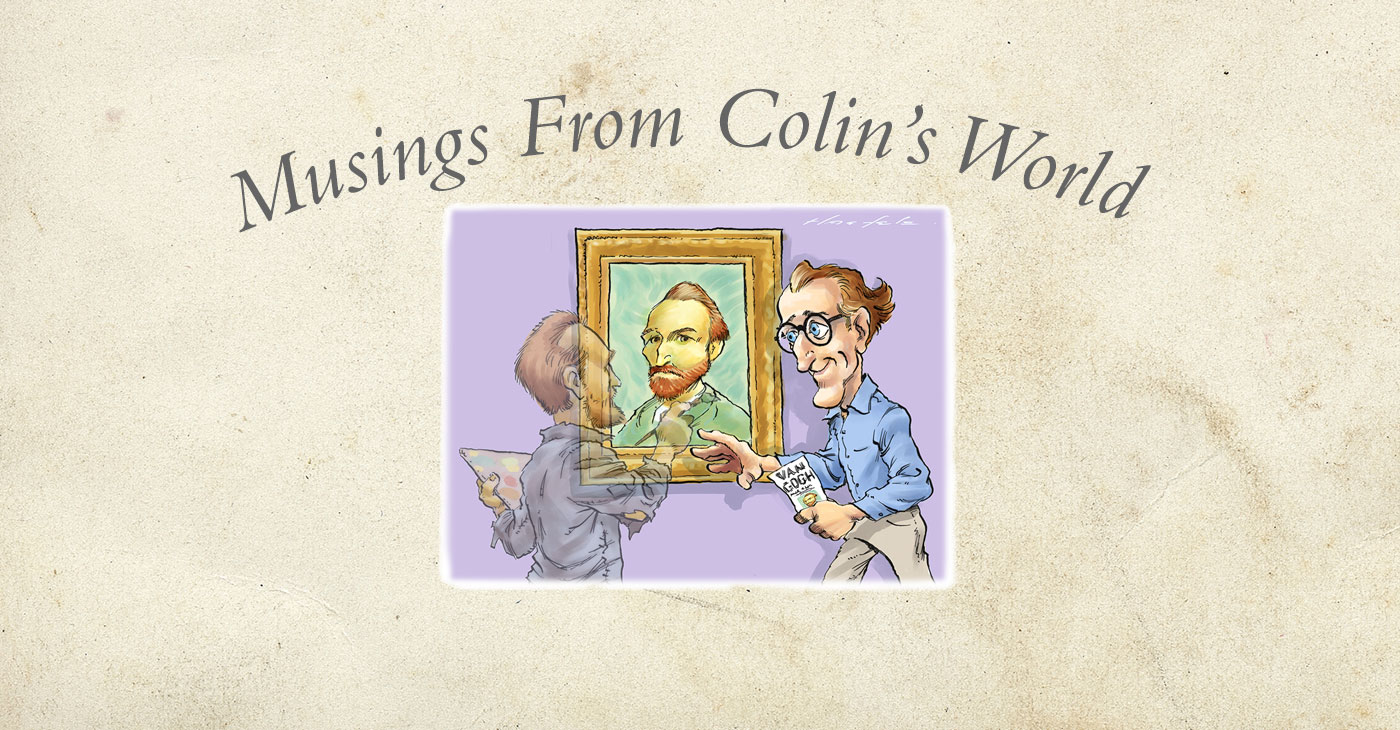 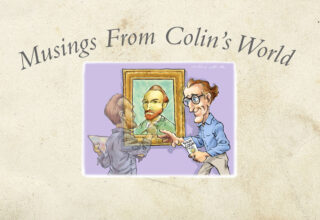 During a recent dinner conversation, the subject turned to museums, and someone who knows me as a dedicated traveler said, “I suppose by now you’ve already done all the great museums and scratched them off your list.”

Well, actually no. In my case that would be impossible. There are still many great museums I have never set foot in. But of the ones I have visited, I felt that I only began to take in what was there. I could never imagine being “done.” There’s never enough time to fully take in everything in a great museum.

When I am in a new city I always feel some tension between spending time in a museum, or outside in the open air, in the great living museum of the streets. But it’s possible to strike a good balance between those alternatives. You can only absorb so much in a museum before your senses are dulled. At that point you need to get outside and reground yourself between earth and sky. What you experienced in the museum will enhance your perception of what is outside.

On the day of the visit you have a dizzying inventory of impressions swirling through your mind. That night when you sleep your brain integrates those experiences into your memory bank in association with other related memories. With time memories fade and lose their luster, and eventually you are left with the highlights, the things that actually became part of you because they changed your view of things in some way.

Of every museum I have visited I have a two-tiered memory: the building itself and the contents, the museum’s soul. The museum’s name will bring to mind certain identifying features, such as the spiral architecture of the Guggenheim in New York, designed by Frank Lloyd Wright, which made me want to come in after hours on roller skates and start at the top.

The broad stone steps leading up to the giant neo-classical columns, capitals and cornices come to mind when I hear “The Metropolitan Museum of Art.” When I hear “The Louvre,” the glass pyramid comes into my mind. It’s an identifying feature, even though it’s so uncharacteristic of the palace that houses the museum.

When you visit the Hermitage Museum in St. Petersburg, you experience the Winter Palace of the Russian czars. It’s an astonishing historical relic of a world of royal grandiosity that doesn’t exist anymore. And then there is the collection, one of the largest in the world. The Hermitage is so vast, it would take days just to walk through briskly. And still the collection is too large to get it all on the floor for viewing.

As to the great museums, I have to accept the fact that it is not possible to ever be “done.” I can never in my lifetime fully appreciate all those fine works of art. But time there is time well spent.

Though my instant recall may only produce a few items, I know I have memories stored more deeply that can be triggered by an association, someone mentioning a particular piece or fact.

My strongest museum memories remain clear to this day because they changed the way I thought in some way. Growing up in a small midwestern town I didn’t see many museums. The first great museum I saw was as a teenager attending the graduation of my girlfriend’s brother. While we were in New York we took the opportunity to visit the Museum of Modern Art.

I was no sophisticate by any measure, but I had been an art student. I had some knowledge of great paintings. I was looking forward to seeing some of the masterpieces there, such as Van Gogh’s “Starry Night” or Salvador Dalì’s “The Persistence of Memory.”

At the time there was a temporary exhibit of Italian designers. The fact that I wasn’t interested is an indication of how little I knew. I still had a very naïve, America-centric view of the world. I thought America was the best of everything, the leader of the world, and that the rest of the world was just lagging behind us, trying to catch up and wishing they were Americans. Italy? That was part of the Old World, which I had not seen yet, and I imagined it frozen in the historical past, assuming its relevance ended when America came on the scene.

But when I saw the exhibit I was blown away. Over and over I was presented with ingenious objects that completely revolutionized the way I thought of things, and what I thought possible.

I’ve forgotten most of the specifics, but I have never forgotten the impression they made on me, and how the experience expanded my mind. It blew away my preconception of Italy as frozen in time. It had continued to evolve and progress. The experience expanded my world view by showing me that Italy, and by extension Europe, were not just the historical antecedents of the United States. They were still contemporary, lively places, not “behind” us at all, and maybe even ahead of us, from what I was seeing. It set the stage for future travels.

Another learning experience from that day was the realization that no photograph on a page of an art book could ever replicate the actual experience of looking at a painting in front of you. It’s more true of some paintings than others.

“Hide and Seek” by the Russian painter Pavel Tchelitchew seemed to have an extra-dimensional depth, a translucence that allows you to look through the surface to other levels with other images. The title seemed to refer to the fact that if you kept looking at the painting, more and more images would emerge from hiding in the visual field behind the surface. You can look at a reproduction of this painting, and you won’t see this. It doesn’t show in photographs or reproductions. You have to see it in person. 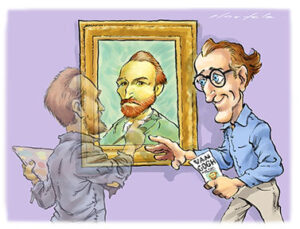 In the Van Gogh Museum in Amsterdam I had a strange encounter with one of the painter’s self-portraits. Reading Van Gogh’s letters to his brother, I felt that I had been transported into the writer’s mind and knew him in a way. That day I had been moving through the museum looking at many of his works, and as I stood before one self-portrait, I became hyperaware of the fact that this was the actual canvas that Van Gogh had painted on and that I was standing within arm’s length of it, about where he would have been standing as he looked into a mirror and tried to transpose what he saw onto the canvas.

The ceiling of the Sistine Chapel in the Vatican in Rome, with the sprawling fresco by Michelangelo, is one of the most magnificent human creations ever. I was familiar with old, dusky reproductions of it, but after the cleaning done in the ‘80s it emerged as a much brighter, more colorful piece than I ever imagined. Seeing it in person was just overwhelming, and unforgettable.

Michelangelo’s statue of David at Galleria dell’Accademia in Florence is similarly otherworldly in person. It’s a sight you can never forget. It has a glow in person that cannot be captured in a photograph. It’s the most living piece of stone in the world.

The Louvre has the “Mona Lisa” along with countless other masterpieces. Could you possibly see the actual painting and not have your consciousness expanded in some inexplicable way?

In the Prado in Madrid, you can see the actual Hieronymus Bosch “The Garden of Earthly Delights.” When you see such works in person that you’ve seen in a thousand pictures, it’s another order of experience. It becomes a substantial building block of who you are.

I have visited some museums over and over and would continue to visit. Like reading an encyclopedia, you never get finished. A great museum is a world to itself, like a city within a city with many dimensions to explore. On any given day, it’s a new experience, with infinite riches to enjoy.