By the age of 14 I had never crossed an international border. The nearest one was hundreds of miles away and my prospects of getting there were not good. But fortunately for me the international travel experience came crashing into my world, into my own bedroom.

It was a unique point in history, 1964. It had been a dark time in the months after our inspiring, charismatic president had been murdered in Dallas. But the Beatles had arrived and their exuberance and creative magic were soothing the wounded spirits of American youth. I was one of them.

This was the world into which Manuel landed when he came to our home. The way it came about was that my sister had really taken to Spanish in school and my mother was intent on providing whatever opportunities she could to help her follow her passion for the Spanish language and Mexican culture. She had gone to Mexico the previous summer as an exchange student. And now we were going to welcome a Mexican student into our home.

I was just the younger brother by a few years, a bystander. But I was to benefit from the cultural exchange as well. In fact I think I was more profoundly affected by his visit than anyone else in the family because Manuel and I shared a room. 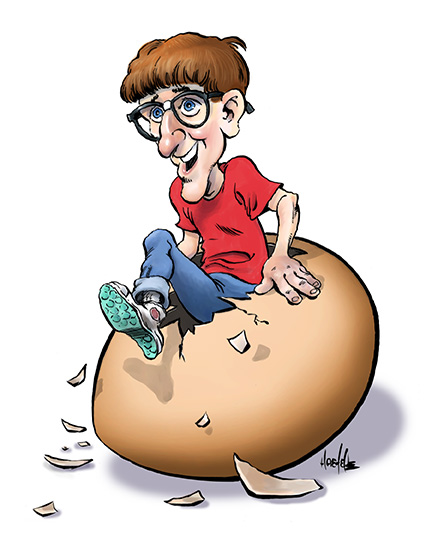 Manuel arrived at our school as part of a group of exchange students, and the first encounter with them was jarring. They were so different, but it was hard to pinpoint the difference. Their clothing and hair styles were unlike anything I had seen. At first it was disorienting. They looked… odd… goofy – but no! The more I looked the more interesting they became. And under the funny clothes and hair, they were really nice.

The initial shock of recognition gave way quickly to a growing sense of camaraderie with the students. We were on a journey of discovery together. All Americans except Native Americans have immigrant cultures under the veneer of mainstream American culture, into which all the others are assimilated. But I didn’t see that then because I hadn’t yet woken up to culture. Having Manuel sharing my room gave me my first encounter with a foreign culture that was not assimilated.

I was like a fish with no concept of water because it has always been immersed in water and doesn’t know anything else. My life had taken place entirely inside of the bubble of American culture, and it was invisible to me. I knew intellectually that there were other countries, but had little idea how they were different.

Manuel was from a family of modest means in a small Mexican town. They lived in a hut with a thatched roof and an earth floor. He was two years older than me but about my size. His coloring was native Mexican, with nicely tanned skin and jet black hair combed back in a perfectly sculpted pompadour, à la Elvis Presley.

My peers then were awkwardly trying to emulate the Beatles’ hairstyles. We had turned away from the Elvis style. But Manuel was undeniably a handsome young man. Though he was only a little older, he seemed like a grown man. I had the sense that in his world he didn’t have the luxury of the extended adolescence we cultivate in my world.

He was already old enough to be taking on some responsibility for the family. His bearing had a seriousness that was beyond the understanding of my relatively juvenile peer group.

My room had bunk beds and Manuel was assigned one of them and his own place in the closet, where he carefully hung his clothes. He treated his clothes as rare and precious possessions and handled them with extreme care.

He kept them so clean they rarely needed to be laundered. I was used to wearing a shirt one day and throwing it into the laundry. But I could see that Manuel was used to conserving everything, taking nothing for granted. I was frugal and didn’t like to waste things, but I was struck by how much more acutely aware he was of the value of things.

Neither of us knew much of each other’s language. There was no way we could have a conversation about politics or philosophy. But at that age, we had little to say about such abstractions. All of our interactions were based on the fundamental realities that people share without carrying on real conversations.

Our shared experiences were the things you share with your family: getting ready for school, having dinner, relaxing in the evening, going places, doing things. We laughed a lot. He had a great sense of humor.

Sometimes what we laughed about were our stumbling, primitive attempts to speak each other’s language. When he once referred to his blue jeans as “heens,” I pointed out the error to him and we both cracked up. It was odd little things like that that made up our relationship.

At some point early on we fell into wrestling. We were fairly evenly matched. It was the unstructured kind of wrestling kids do in the yard, just rough-housing. It was always in good spirit. We were competitive, but never mean or angry. I guess it was a kind of dialogue without words.

My English mother had a voracious appetite for music and was always trying different music styles. In the evenings she would play her current favorites, each setting its own mood. She had classical music, jazz, rock and roll, flamenco, show music, calypso, and even country music, which was about as foreign to her ear as anything. Her musical tastes observed no boundaries.

Manuel responded to her musical adventurism by buying her two records of his favorite Mexican music group, Trio Los Panchos. Their sweet harmonies and nylon string guitars became the soundtrack of our house. I still have those records and listen to them. The music is as sublime as it was then, and it brings back memories of that sweet time.

Even with such a small vocabulary, there was no shortage of things to communicate about using a few words and gestures. I believe it was then that I discovered what I believe to be a universal common ground among all human beings no matter their language, ethnicity or origin.

I believe there are human universals that underlie all cultures. When you encounter someone whose language and cultural frame of reference are different from your own, you can sometimes find that common ground. Gestures such as a smile or a look of concern or compassion are universal. These can be read in the faces and body language of people across language and cultural divides.

Looking back I think my friendship with Manuel was the first time I discovered that universal common ground. My belief in it gives me a lot of comfort as I go through life. I always find it thrilling when I make that connection across a cultural divide. I have experienced it countless times in many countries, but I first learned of it through Manuel.

He lived with us only eight weeks. But traveling one week in a new place can imprint the experience on your soul forever. Two months at age 14 is a lot longer than it would be to me now. Experiences at that age can have a profound effect on the direction your life will take.

Two years later I had my first experience traveling outside the United States. It was the first of many trips to many countries. But my traveling life really began with Manuel. Though I stayed in my own home town, the outside world came to me and I experienced a foreign culture for the first time. It was the kind of authentic personal interaction that travelers are seeking today. It opened the world to me and implanted a hunger for travel that has led to a life of travel.

It was through my encounter with Manuel that I learned that we all live within our own cultural envelopes and experience our lives through a particular cultural lens. It is only through experiencing another culture that you can get a perspective on your own culture.

All of my international travel adventures since then have proceeded from that moment. It’s true that once the mind is stretched to accommodate a new idea, it never returns to its previous dimensions. It was the cracking of my cultural eggshell and my first glimpse onto the wider world and the tremendous cultural richness to be explored.

I will always be profoundly grateful.

And for you, until we meet again I wish you the best, and happy travels.