Looking Beyond the Camera

I remember when taking pictures was expensive. You would buy the film and then would have to pay to develop it after you got home from your trip. You wouldn’t know if the pictures were any good until you got home. I would take a few rolls of 24 or 36 exposures on a trip and each frame was like gold. I took pictures very sparingly.

Now with digital cameras it’s practically free to take pictures. You can take thousands of them in hopes of getting a few good ones. You can look at them immediately and decide if they are worth keeping or should be shot again. With your smartphone you can enhance them in many ways, crop them, adjust the lighting, then post them on Facebook or Twitter or email them. There is no end of things you can do with your camera.

It’s great. There is no doubt that the technology is amazing. The problem is that the whole process is so absorbing that I sometimes find that I am spending more time looking at a flat image on a tiny computer than actually paying attention to the place I traveled to visit.

When I’m on a trip I find myself snapping pictures of everything that strikes my fancy. When I’m under the spell of a new travel destination everything is new and charming. I want to capture images of everything to show other people. 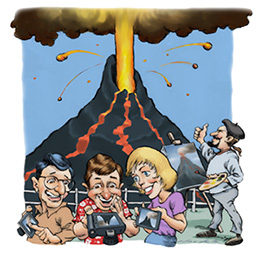 I get sucked into the process. As I become increasingly absorbed in my camera I find that I am spending more and more of my time with my eyes glued to that screen. It is what is engaging my attention rather than my surroundings. That little computer is highly seductive. It’s hard to resist the impulse to reach down and grab it.

But what good is taking home photographs of things you never took the time to fully take in when you were there? If you spent your time on the trip looking at a flat image, you might as well have sent a photographer and just looked at his pictures when he got home.

It’s sad to be looking at a massive file of mediocre photographs and realize I spent practically the whole trip with my face locked into the screen on my camera. In a sense I wasn’t even really there. In my mind I was already anticipating showing the pictures to someone else instead of paying attention to what was around me at the place I spent a good deal of time, effort and money to get to.

I have finally faced the fact that the vast majority of my photographs are virtually worthless. For example, in spite of repeated failed efforts I can’t seem to resist trying to take photos from a moving vehicle. And they are almost 100 percent failures. Most of them are blurred, or worse, just random shots of something that appeared a split second after I clicked the button, after the camera paused to make its calculations before flashing the shutter.

I end up with countless shots of unwanted objects, a road sign or tree or another vehicle stretched across the frame in a blur. I might as well have spent that time actually looking instead of trying to capture an image and failing dismally.

My attempts to capture landscapes are nearly always disappointing. I have often found myself gazing up at a magnificent mountain looming over the horizon, but when I try to capture the image, my camera flattens the perspective and the mountain shrinks to a bump. The awesome presence that I experienced when I was there was not transmitted through the camera.

It took countless failed attempts for me to realize that there is no way for a camera to capture most of what you can experience at the scene. When I stood on the mountaintop at Machu Picchu gazing out at the rows of mountains fading into the distance it was obvious it was not something that could be captured in a two-dimensional frame.

That’s why almost all pictures you see of Machu Picchu are practically the same. It’s one particularly striking view, but when you are there you realize that the actual sight is infinitely greater than any photo of it you’ve ever seen. The splendor stretches around you 360 degrees. You can walk the grounds and everywhere you walk you are presented with a new view. Every direction you turn presents another perspective. In every moment the scene changes, with the changing angle of the sunlight and the shifting patterns of clouds hovering around the mountain peaks.

Most of what you experience at the scene just cannot be captured by a camera. With my eyes I can see depth. I can sweep my eyes across the landscape and get a sense of its vastness. In the presence of the landscape my peripheral vision comes into play, bringing me a sense of the space, of being there. As I gaze upon the scene, I feel the cool breeze on my cheek, the sun on my skin. I feel the magnificence of nature, as well as the monumental glory of a great city on a mountaintop that was for some reason mysteriously abandoned.

Through the camera at best I can get a striking photo composition, or something that can remind me of the scene. But a photo is only a shadow, a tiny glimpse.

If I spent my time while I was there focused on the camera, I didn’t create the impressions that make good memories when I had the chance. Memory experts say the key to strong retention is to be fully engaged in the first place. The more you are present with an experience the stronger your memories will be.

Okay, so I am still hooked on taking photos. I can’t change that. I’m still trying for those special shots. But for my New Year’s resolution I am trying to observe a policy of allowing myself to snap some photos, but then putting the camera away for a while and just being there. I want to really fully experience the thing I traveled to experience.

I have to learn this lesson over again every time I travel. I have become convinced of the futility of trying to take the destination home with me, and that I need to pay attention and make the most of the time I am there.

And then that little box in my pocket beckons.

So on that note, as I continue my efforts to become a better traveler, I bid you farewell. 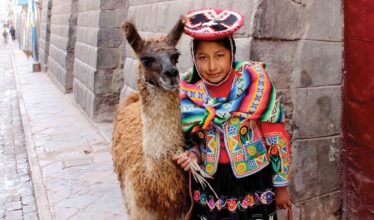 Empire of the Incas: Peru & Bolivia 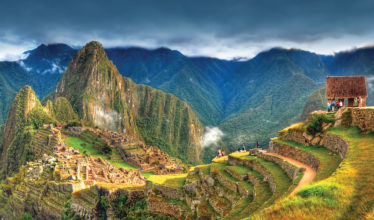 Peru and the Galápagos Islands