In Search of Things Scottish 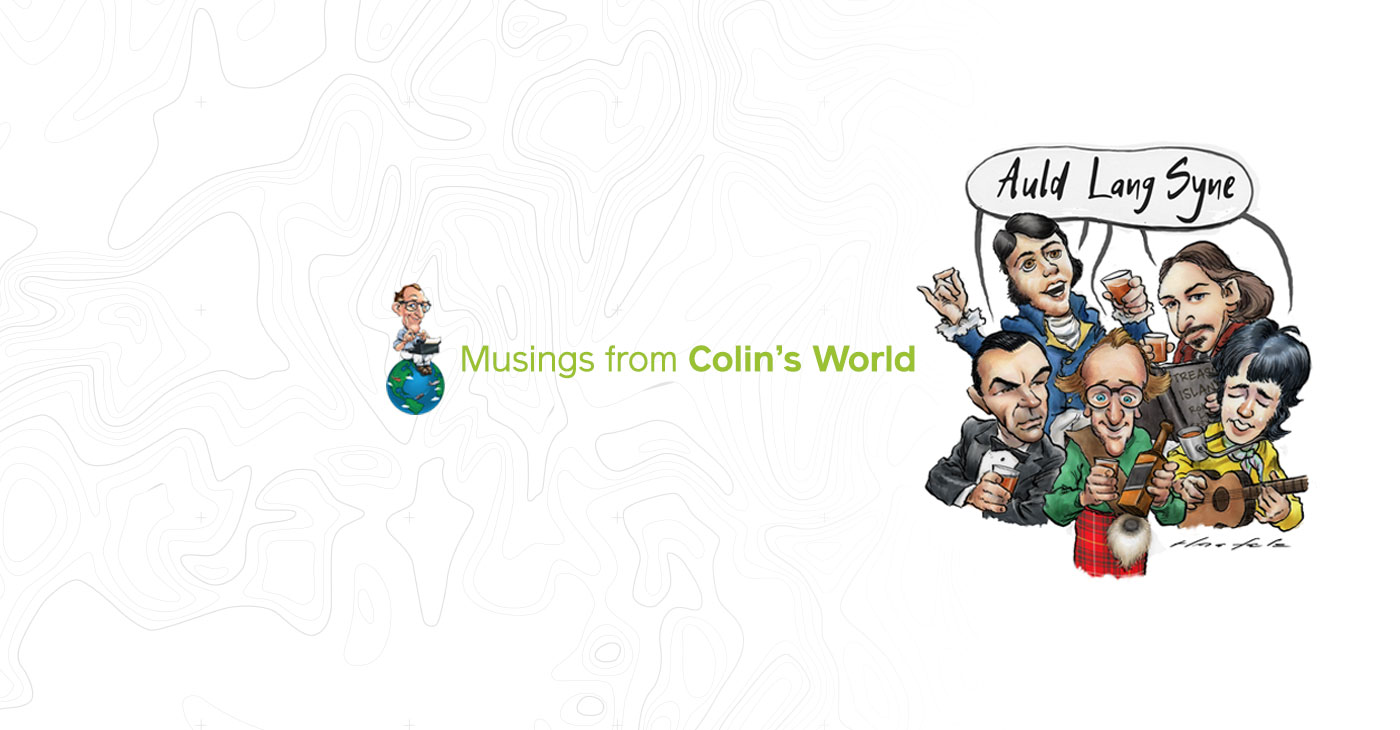 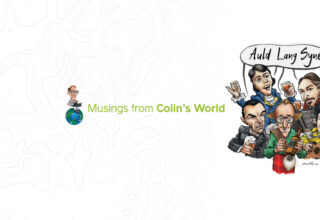 I leave every place I travel to with a twinge of regret, knowing there was so much more to see and do.

The more I travel, the more I realize that what I know about any place is dwarfed by what I don’t know. That’s why I don’t check places off my list after visiting them once, as some do. I like to return to places I’ve visited – and often do many times.

You can only do so much on one trip. There is always much left undone. And things will look different when you return.

I got a great taste of Scotland 10 years ago on a tour that focused on Scotland’s great outdoors. But now I am planning to go back, and I’m in the delicious early planning stages. I’ll fill in some of the holes of the last trip. 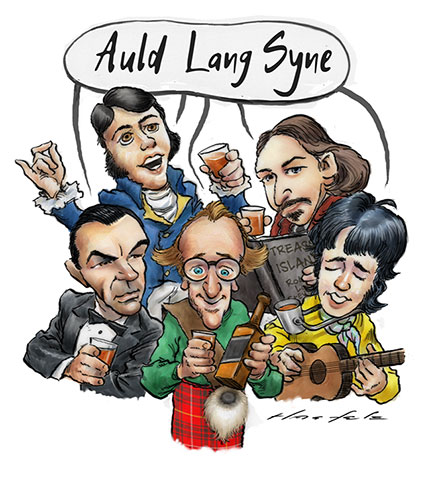 When I’m planning a trip I like to immerse myself in all things about the place. My path of exploration is serendipity. I just set off on a mental journey in search of things Scottish and follow my nose wherever it goes.

It starts with subconsciously scanning my memory while I’m doing other things. What comes to mind first are tartan plaids, kilts, bagpipe music, and of course the Loch Ness monster. And I get a vague taste of butterscotch in my mouth. Then other things come.

It’s as if I’ve put a question into the computer and am waiting for results. Then during the activities of the day, they start coming in.

Oh, yeah, right! Robert Burns! He’s the guy who wrote“My Love is like a Red Red Rose” – he was Scottish! I first heard that line in grade school. It was a big joke to me then. The fact that the author came from Scotland was not a matter of concern at the time. But now it’s fascinating. Who was this guy?

And Robert Louis Stevenson, who wrote “Treasure Island,” and was himself a great world traveler, was a Scot!

All these random associations with Scotland are filed in different categories, until I start looking at them from the standpoint of being Scottish.

Sean Connery! James Bond was English. But Sean Connery, who played him, was Scottish. He even had a little of the Scottish brogue as he spoke.

And Donovan! The Mellow Yellow fellow. He was Scottish. I’m trying to figure out how all these disparate pieces connect. But when I get to the destination, it will all come together.

Once the process gets rolling, the Scottish associations are pouring in, and bouncing off each other, creating sparks and inspiring new courses of inquiry.

David Hume, the philosopher who wrote “An Essay Concerning Human Understanding.” He was a very big deal in the history of philosophy. He was Scottish.

With each piece, I’m wondering, how does that fit into my overall picture of Scotland? How did Scotland produce these people who had such a broad influence on the world beyond Scotland?

Of course, there is Scotch Whisky. I always thought of it as the royalty of liquors, even though it wasn’t to my taste. There is no denying its huge impact on the world.

As my category of “Things from Scotland” expands, I’m trying to connect the dots. It allows me to apply these little packages of knowledge to my current search. Then it turns out, I knew more about Scotland than I thought I did.

I go to Google and start following up on some of the initial discoveries. my exploration flowing out into the internet, the world’s greatest library. I follow my curiosity wherever it takes me.

Oh — turns out that although Robert Burns is known as a poet, he thought of himself as a songwriter. And he identified himself in letters as a composer. He wrote some songs that are popular today, including “Auld Lang Syne.”

I am also reviewing my photos and notes from my previous trip. Gradually my picture of Scotland fills out and I’m having lots of fun.

My pre-trip immersion enriches my experience when I get to the destination. It extends the pleasure of the trip into the time before the departure. The period of planning becomes part of the trip. I fall deeper and deeper into the spell of the place. In my own mind I am already there, in a real sense, before I go.

Songs of Scotland
My earliest associations with Scotland were through songs I learned as a child.

“If a body meet a body, coming through the rye,
If a body kiss a body, need a body cry…”

and “My Bonnie lies over the ocean, Oh, bring back my Bonnie to me…”

The Scottish songs were romantic and full of longing, and that made me like Scotland. It seemed a place full of magic and romance.

The first Scottish song I remember learning in my piano lessons was “The Campbells are Coming.” It had a commanding, martial sound. If you were on the side of the Campbells it would have been reassuring. If you were not, it would be scary.

The piano arrangement emulated bagpipe music that is played over a single chord. On the bottom were two notes, G and D, an open fifth that droned on loudly while a repetitive melody danced around on top. I liked that sound and enjoyed the feeling. Years later I became reacquainted with the open fifth as what rock and rollers call the power chord. Whether it’s in “The Campbells are Coming” or a Rolling Stones song, it conveys a feeling of power.

Scotland Reprise
In my previous trip to Scotland, I experienced a quick tour of Edinburgh, which I could spend years exploring. I remember the great Edinburgh Castle, colorful gardens, fine old Georgian buildings, lots of museums, and culture practically dripping out of the atmosphere.

We drove up north to Aberdeen, a historic port on the northeast coast, the center of Britain’s North Sea oil industry. Then we drove west westward from Aberdeen and explored the countryside.

I hiked in gorgeous settings, toured castles and stayed overnight in some. I saw mountainous landscapes that were drop-dead staggering.

I did a tour of a whisky distillery and experienced a tasting with an expert who made me appreciate the craft that dates back to the 1400s. I even began to develop a taste for Scotch.

I saw pastures radiating a deep, vibrant green that pops out of the background, with sheep grazing, growing that fine Scottish wool.

It was a phenomenal experience, and it enriches me now to have those memories. It gave me a chance to touch the soul of the country, to magnetize myself to that part of the earth like one little iron filing, and to temporarily be part of that country.

Still, I left knowing that I had seen only a tiny segment of the country, and there is so much more to see and experience. But how delicious is Scotland? The more I dig in, the richer I find it to be.