Getting Misty at Victoria Falls 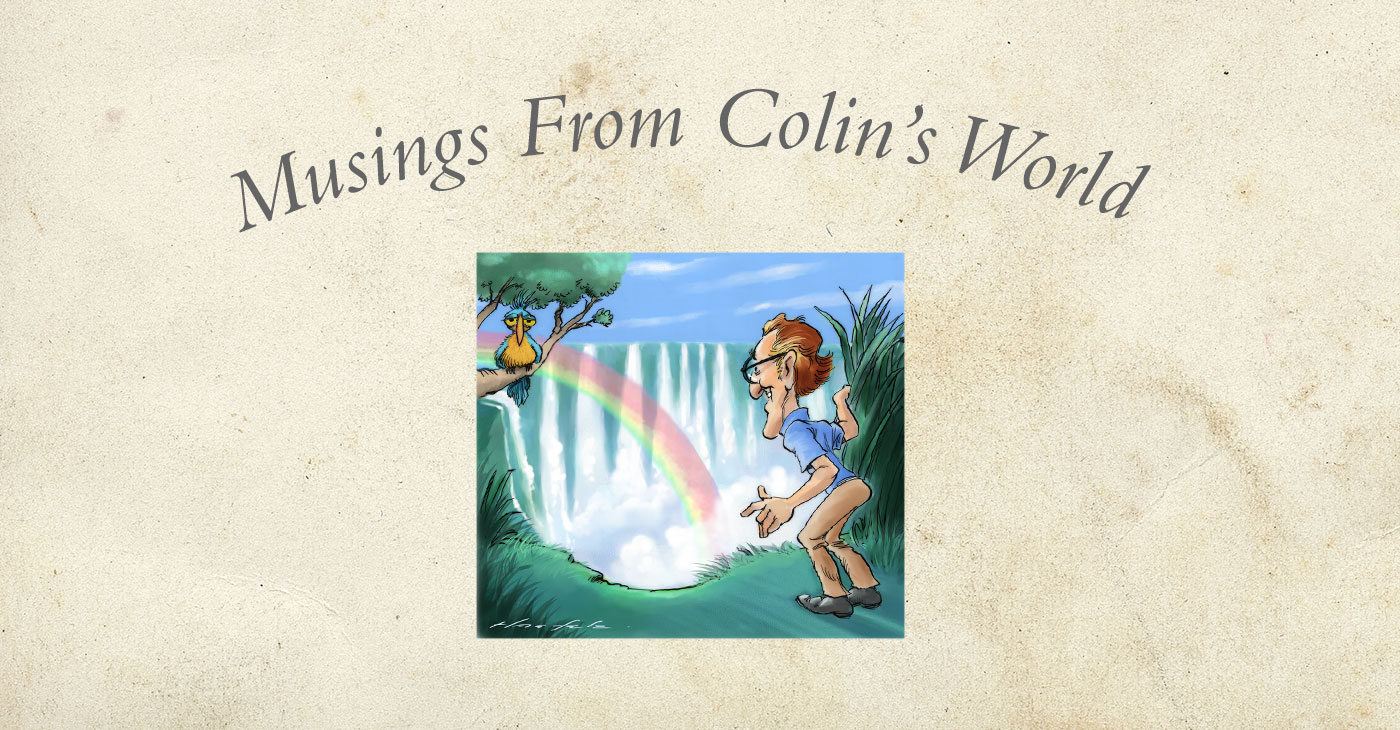 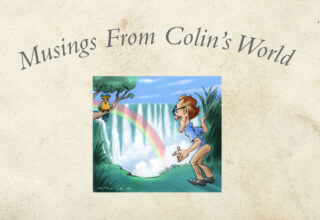 Victoria Falls, or Mosi-oa-Tunya, “the smoke that thunders” in the native Sotho language, is simply one of the most astonishing natural phenomena you will ever encounter.

One of the best things about travel is to see the endless variety of forms the surface of the earth produces. You can travel the world and never run out of different mind-blowing geological phenomena to observe. You can see great beauty, but something else as well, graphic evidence of the awesome power of the forces that produced these phenomena.

In the case of Victoria Falls there is a cleft in the crust of the earth that interrupts the flow of the Zambezi River of Southern Africa and causes an inconceivable volume of water to shoot off the edge of that rupture in the earth’s crust and rush downward with tremendous force.

It’s so enormous that it’s hard to get your mind around what you are seeing. Some measurements and comparisons can help give an idea of the scale of the falls.

Victoria Falls is about 355 feet high and more than a mile wide. If you’ve ever stood on Broadway in 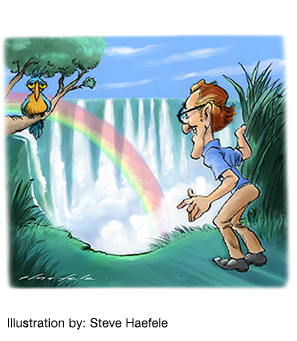 New York and looked up at the Flatiron Building, or seen pictures of it, that’s 285 feet high, only 80 percent the height of the falls. Vic Falls is 70 feet higher. That’s double the height of Niagara Falls.

Its closest rival is Iguazu Falls on the border of Argentina and Brazil, which is wider at 1.67 miles, but at 269 feet not nearly as tall.

Victoria Falls is considered to be the world’s largest sheet of falling water. At the Zambezi River’s peak flow, it throws 2.4 million gallons over the precipice every second. Every second! That’s 144 million gallons of water per minute. In flood season it goes up to 3 million gallons a second. The spray that shoots 1,000 feet into the air can be seen from 30 miles away.

Upstream from the cataract, the Zambezi flows lazily for miles over a huge plateau. The water spreads to a mile wide and then suddenly hits the cliff and drops off.

You can hear the roar of the falls when you enter Victoria Falls National Park, though you are still 200 yards away. As you approach, the roar gets louder and you can feel the mist in the moist jungle air of the Victoria Falls Rainforest.

But you can’t see the falls until you get to the edge of the cliff overlooking the river. When you get through the dense vegetation and stand at the edge overlooking the chasm, the mighty falls is unveiled and you finally encounter it.

You can only see part of it from that view. You are seeing the ant’s eye view. But from there you see its raging turbulence up close, the massive volume of water hurtling constantly over the edge, splashing and turning into massive sheets of white foam, throwing up clouds of mist, that produce sparkling rainbows in the rays of the sun.

The roar is so loud, it is more than sound. The vibrations produced by millions of gallons plunging hundreds of feet down and crashing onto rock are so gigantic that you don’t just hear them. You feel them in your chest. They envelop you, rattle you, make you hum.

My first encounter with the falls was taking the walk with a tour guide to the edge of the land overlooking the river far below. From that approach on the Zambian side you are standing on the level of the river above the falls. When you look out over the edge you are looking down hundreds of feet into the crevice where the water hits bottom and the river forms again.

Way down below you can see the people in boats, playing in the pools just beyond where the water plunges and creates tumultuous pools in “the boiling pot.” From those boats you get another view, looking up from the bottom. It’s another way to experience the falls.

I took a helicopter ride that showed the bird’s eye view of the whole landscape. From that angle you can see the wide expanse of calm water on top, meandering slowly toward that edge where it suddenly is whipped from its slumber and thrown into turmoil. From the sky you can see the broad cleft in the earth clearly. It’s like the Google satellite view in person.

Taking the Plunge
To cap it off, I had one more experience with the falls, – standing in front of it on Victoria Falls Bridge at the Vic Falls Bungee Jumping concession. I did the bungee jump. Now that is an exciting way to experience the falls!

I had not meant to go bungee jumping. I didn’t think bungee jumping was something I would ever want to do. But a friend was going so I accompanied him to see what it was all about.

As I watched the attendant at the bungee station take my friend through the prep process, and explain each element of the safety precautions, explaining about the back-up cord and the strength of resistance of the bungee cord, I became convinced that it was not dangerous. It was just a matter of being able to take that plunge.

So after my friend returned raving about it, I decided to go for it.

At 364 feet the drop off the bridge is even higher than the height of the falls itself. The bridge is about a half a mile from the falls itself. As gigantic as Victoria Falls is, that feels very close. But just to stand there on that bridge with the falls behind you! What a view! What a sense of exhilaration!

The power as you stand in front of the falls, enveloped in its massive roar, is overwhelming. It was euphoric. Looking out at the river valley where the rainforest meets the edge of the chasm and the walls plunge downward, with the falls roaring behind you, is one of the most exhilarating experiences I’ve ever had. Crazy!

And then to trust the cords and let yourself fall down – you are suddenly flying. The scene you were just observing is rushing past you on both sides, and you are accelerating, downward.

Then the cord starts to gently slow your fall. It seems like a long time as your momentum slows gradually. Then finally you reach that point at the full extension of the cord where you stop moving downward. For a long instant you are stopped. And then your motion changes direction as the cord starts to pull you back up again. Up you go, maybe three quarters of the way to the top. Then the upward momentum dies and you start down again.

I didn’t want it to stop. It felt like flying. I felt like a trapeze artist performing aerial ballet. It turned out to be gentler than I had expected, and more thrilling.

And now forever I have that memory to draw on of that time when I took the big plunge at Victoria Falls. I know I did that. And it strengthens me at times when I need that.