How much do I love Africa? Let me count the ways…

I believe everyone should experience Africa because it’s where we all came from. Maybe some of the exhilarating feeling of drawing the rich air of Africa into my lungs is the stirring of ancient genetic memories from the DNA passed down from our earliest ancestors.

At what age are the images of lions, rhinos, zebras and giraffes implanted into our minds? Or are they there from birth, memories of our species? These archetypal beasts of nature seem to live in all our imaginations. But on earth you find them only in Africa. I suspect we all harbor a secret love for Africa, a longing to return to the source.

The mention of the word puts a far-away look in people’s eyes, arouses a sense of adventure. Africa: the great Mother of Humanity, the continental embodiment of fertility, the source of the life force in its purest form.

Nikos Kazantzakis, who grew up in Crete, wrote often about the winds from Africa and the great vitality they bore with them. 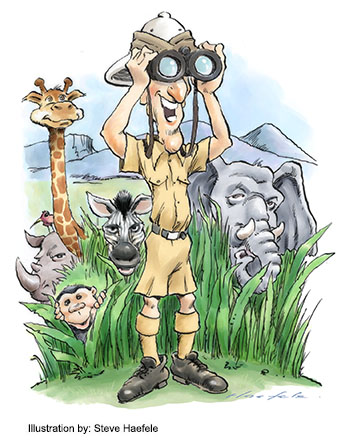 “Plenty of everything – carob trees, beans, grain, oil, wine. And down there in the sand, the earliest cucumbers, tomatoes, aubergines and watermelons in Crete. It’s the winds from Africa makes them swell. At night, in the orchard, you can hear them crackling and getting bigger.”

That’s the air you take into your lungs in Africa. There is nothing like it.

Africa is on nearly everyone’s bucket list. Though we may have thought of it as a distant place we would probably never see, today Africa is highly accessible. And costs are not far out of line with other travel destinations.

Most Americans go to Africa to see the incomparable wildlife, and that is truly essential. It must be at the top of the list of things to experience in Africa.

But while the charismatic wildlife provide a focal point, the entire landscape is a spectacular pageantry teeming with life, color, energy and drama. And there is always that air, the rich atmosphere, which fills you with vitality.

A safari puts you face-to-face with the elemental struggle for existence, so it’s not just words in a textbook. The experience can alter you down to the fundamental premises of your world view. But despite my enthusiasm for safaris, my overarching recommendation of travel to Africa is as a cultural destination.

In the South African travel industry they say that people come first for the animals, but they return for the people. Even if you see yourself as strictly a wildlife enthusiast with no interest in culture, your actual experience of the animals will be presented by people and you will have your experience of the wilderness through their culture.

When you talk about culture in Africa you are talking about some of the most robust cultural cross-fertilization you will find anywhere in the world.

Anthropologists know that the collision of different cultures produces great bursts of innovation. The Renaissance grew out of the expansion of travel and trade, ideas being exchanged among different cultures, creating various kinds of cross-cultural chemistry. Great geniuses grow out of the points of convergence of many cultures. The friction creates light.

If you think of culture as restricted to museums and high-status venues, it might seem strange to say Africa is the place to go for culture. But from a cultural point of view Africa is supercharged.

Even before the European colonial age, Africa was settled by Arabs and Asians. The cultural fusion took off in earnest in the early 1400s when the Portuguese created settlements in Africa, followed by the Dutch, English, Belgians and French, and a constant infusion of people from all over the world.

In the late 19th Century the European colonial empires raced to carve up Africa according to their territorial claims. It led to a great variety of hybrid cultures springing up as European cultures were superimposed over native African cultures. Today the cultural melting pot in Africa is still boiling hot, now accelerated by globalization.

In Africa you can experience practically all the cultures of the world thrown into a steaming cauldron of cultural diversity. The fusion produces new ideas, variations of culture, hybrid forms. You experience it through cuisine, fashion, the arts, everything.

Individuals will vary on what they want from a trip to Africa. Practically anywhere on the continent could be a good entry point, depending on your interests.

For the gorillas you go to Rwanda, Uganda or the Congo. For the African swampland you go to the Okavango Delta in Botswana. For the over-the-top wildlife experience of the Great Migration, you go to Kenya or Tanzania. The list goes on.

But if it’s your first trip to Africa, and may be your last, I recommend South Africa as the best entry point. It’s where you can get the broadest sampling of all Africa offers.

Beyond the safari, South Africa offers a richness of practically everything people travel for. Adventure travelers can find no end of exciting things to do there. The landscape is highly varied from mountains to ocean to savannah. The food is some of the freshest and healthiest in the world, and the culinary variety is as rich as the rest of the multicultural landscape.

South Africa’s major cities, Cape Town, Johannesburg and Durban, rank with the great cities of the world for the quality of experience they offer, including lively shopping and nightlife. Smaller cities too, such as Stellenbosch in the wine country, have rich histories, culture and architecture that can be traced back hundreds of years. And there are villages whose ways of life are still much like that of their grandparents.

All this intense cultural mixing over centuries in South Africa makes it a glittering cultural mosaic, a delicious cornucopia of culture.

Not to be forgotten is the fact that South Africa has a first world infrastructure, modern highways that make it easy to get around.

Another thing I enjoy about South Africa is how its history parallels that of the U.S. After the founding in the 1600s of New Amsterdam (later New York) by the Dutch West India Company and of Cape Town by the Dutch East India Company, the two countries have led parallel lives.

South Africa has its own jazz, similar to ours but with its own flavor, and the same thing applies to all products of culture. The similarity between the two countries leads to many fun discoveries for an American in South Africa. It’s like meeting a long-lost twin, separated at birth, or waking in a parallel universe.

South Africa offers something else that may be its greatest offering, something unique not just in Africa but in the world. Something truly inspiring.

That distinction is embodied in the person of Nelson Mandela, the leader and the symbol of South Africa’s anti-apartheid liberation movement, which put an end to one of the world’s most oppressive governments. Mandela, because of his titanic moral stature, was able to lead the nation to a new unification without a civil war. Mandela became a global icon, one of the great leaders of the 20th Century.

The liberation from apartheid is far from perfect, but it did free the majority of South Africans from an official underclass status and gave everyone the right to participate in the political process. It’s a good start.

When you are in South Africa you experience that. The liberation of the suppressed majority unleashed a tremendous wave of human potential. You can feel it in the air. As a tourist in South Africa you are contributing to the further realization of Mandela’s dream of the Rainbow Nation.

Call that the cherry on top. It’s something you will not experience anywhere else. 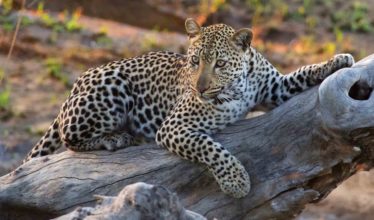 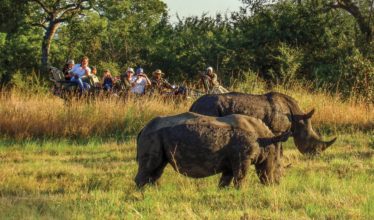