Enlarging Your World at the Hermitage

A listing of the world’s largest museums puts the Louvre in Paris on top with 782,910 square feet of floor place. St. Petersburg’s Hermitage comes in a close second with 719,480 square feet.

But if you make the comparison based on the number of art pieces in each collection, you get a different picture. The collection at the Louvre contains more than 380,000 pieces, which is an almost unimaginable number. But the collection at the Hermitage has 3 million. It is the largest collection of paintings in the world, and one of the highest quality collections.

It has been estimated that to look at all of the Hermitage’s pieces, allowing a minute for each, would take 11 years. 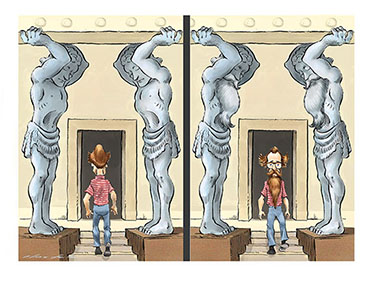 I don’t want to engage in the pointless exercise of rating the world’s greatest art museums. The sublime defies comparison. My point is that while the Louvre is nearly universally acknowledged as one of the greatest, if not the greatest museum in the world, too many people have not availed themselves of the opportunity to experience the Hermitage.

It is one of the most oddly named museums. “Hermitage,” according to the Oxford English Dictionary, means “The dwelling of a hermit, especially when small and remote.”

Nothing in that definition fits this Hermitage. It is vast, opulent and ornate to the extent of sensory overload. As to being remote, it is located along one of the busiest byways in St. Petersburg just across the street from the Neva River, the historic transportation artery of the city, which links it to the Baltic Sea and the rest of the world. As to being the dwelling of a hermit, it’s visited by 4 million people a year, thousands a day, and it seemed a good portion of them were there on the day I was there recently.

Fortunately I was with a group from Tauck that was allowed to enter the museum an hour and a half before it opened to the public. I didn’t fully appreciate the value of that until we walked out three hours later and saw a line of people that snaked down the street as far as I could see.

Two Wonders in One

The Hermitage is a dual layer experience. It is both a superlative art museum and a spectacular historical site. It’s one of the most fantastically grand living dwellings ever created for human beings.

Before it was a museum it was the Winter Palace of the Romanov Tsars, the principle home base of the royalty of Imperial Russia from 1762 until the revolution of 1917. The massive structure has more than 1,000 rooms.

The splendor and monumental scale of the palace overwhelm the senses and the mind reels trying to take it in. A single palatial room could be a subject for contemplation for a long time. But then there is the next room, and the one after that. After you have taken a tour of the building you could process the experience for the rest of your life.

The rooms themselves are gigantic, as if built for a race of super mortals, and indeed that’s how the royals were seen in their day. Royalty was believed to be divinely ordained to lead the nation. That was what justified pouring inconceivable amounts of wealth into every detail of this enormous, magnificent structure.

The palace defies description. Photographs and videos can help to convey the image, but there is nothing like going there in person. And even then you can only hope to comprehend it to a certain degree.

If you’ve seen the TV series “Downton Abbey” and gotten an idea how the British aristocracy lived, try multiplying that by about a million, and you can begin to get an idea how the Tsars lived.

Everything from the massive scale down to the tiniest detail reflects the 19th Century conception of royalty, which came crashing down so hard with the Bolshevik revolution, the last of many revolutionary movements that had railed against the old order for decades.

The ornate design, from its mighty grandeur down to the tiniest detail, the generous use of gold and gold leaf, created an environment that was a world apart from what most of humanity has ever experienced. But today we can all visit the Hermitage. We may only experience it for a few hours, but we can keep the memories for a lifetime.

The origin of the museum dates from 1764 when Catherine the Great bought 225 art pieces from a German merchant, including 13 Rembrandts and 11 Rubens. By the time of her death in 1796 she had gathered thousands of works and artifacts. The museum was opened to the public in 1852. After the Bolshevik Revolution in 1917, the communist government confiscated a great deal of art from wealthy collectors, and that too became part of the Hermitage collection.

As massive as the Winter Palace is, it is part of a complex of five buildings, including the General Staff building across the square from the Winter Palace, where the Impressionist and Post-Impressionist works are housed. The complex also includes the Hermitage Theater, one of Russia’s oldest theaters, which is still used for music and ballet performances as well as lectures and seminars.

There is also the Winter Palace of Peter the Great, which had been thought to have been destroyed but was discovered by archaeologists in the 1980s under the stage of the Hermitage Theater.

As huge as the palace museum is, the permanent exhibition only includes part of the entire collection. The overflow spreads into a Storage Facility at Staraya Derevnya in St. Petersburg and an exhibition at the Konstantinovsky Palace

The collection is about as definitive as it is possible for an art collection to be. Even a general listing of the basic categories of art would be voluminous.

It has prehistoric art and antiquities from Egypt and Greece and works from the Italian Renaissance by Titian, Leonardo and Rafael. The Dutch Golden Age is represented by works of Van Dyck, Rubens and Rembrandt. There are French Impressionist and Post Impressionist works by Cezanne, Pisarro, Monet, Degas, Renoir, Van Gogh and a whole room dedicated to Gauguin.

It has modern works by Kandinsky, Derain and Matisse and a collection of Picasso that includes some of his most stunning works, which must be seen in person to be appreciated, as well as some of the early traditional paintings that make it clear that he was a master of traditional styles before he set out to change the course of history of painting.

I have been to the Hermitage on a land trip that included Moscow, and I have also approached it by sea on a Baltic Sea cruise. Once you’re in the museum it is going to blow you away no matter how you got there. But your perspective and your state of mind will be affected by how it fits into the rest of your trip. It requires some time, some stamina and some planning.

The most important thing is that you get there and allow yourself plenty of time to take it all in. And you have to have a competent expert to lead you through. It is much too vast to approach it willy nilly. Like a safari in the African bush, it is one of those things you don’t do without a guide.

By land or by sea, I do hope you add the Hermitage to your bucket list. It is something that should not be missed. 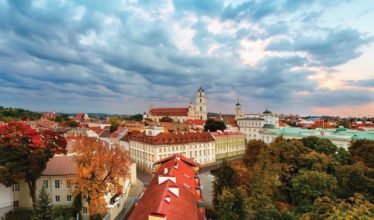 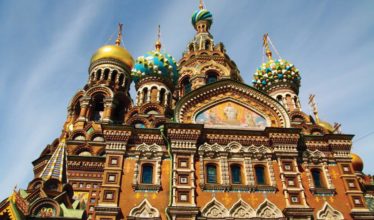