Anatomy of a River Cruise

If a tour operator could put wings, or wheels, or even feet on a hotel it would solve so many problems! A tour operator has to parcel out the 24-hour day so that it includes time for the necessary functions of sleeping, eating, bathing and transportation, and still have enough time to get an enriching experience of the travel destination.

I doubt if any tour operator ever wasted much time thinking about making hotels portable, but over the years they have tried thousands of other ways to maximize the quality time of the traveler effectively.

Some tours offer longer stays at each hotel, and take on smaller areas for more in-depth exploration with less travel time. Hub and spoke tours use a central headquarters location from which daily excursions into the surrounding area can be made. But the most elegant solution ever to emerge for managing tour time came in the form of the river cruise.

For tour operators the emergence of the river cruise was very much like giving the hotel rudders and propellers that would allow it to move smoothly along the rivers that were the historical highways of civilization and trade before the emergence of modern transportation.

The floating hotel concept, and the advantage of not having to unpack and re-pack at every stop, are things river cruises share with

ocean cruise lines. But that’s about where the resemblance between river cruises and ocean cruises ends.

River cruises are the brainchild of tour operators. They have been designed and developed by tour operators, and are an offshoot of touring, not ocean cruising. They are destination-focused, cultural tours that use riverboats for transportation and accommodation.

On ocean cruises the focus is on the ship. When you’re out on the ocean there is no land to see. And when you come into port you are often still many miles from the city you are visiting. Civitecchia, the port for Rome for example, is 50 miles from Rome. After ocean liners have docked the passengers still have a lot of traveling to get to the city and then back to the ship.

River cruises travel into the hearts of the great cities of Europe, most of which developed along rivers where they had access to the best transportation.

Ocean cruise lines tend to follow a model of charging loss leader prices to get passengers on board and then making their profit from on-board purchasing. The cruise line’s business takes place on board and that’s where they like their customers to focus. They do offer what they call shore excursions, but to a cruise line that is a sideline to their principal business.

River cruises tend to operate on an all-inclusive model. You pay one price up front and then almost everything you want or need while you’re on board is covered. However, the concept of “all inclusive” varies from operator to operator. As with any other product, one company’s “all” is not the same as another’s. But though their inclusions and their standards of value differ, what they have in common is that tour operators’ primary area of expertise, which they have developed and practiced over years and sometimes generations, is managing the exploration of the destination.

From a tour operator’s point of view, although the riverboats are wonderful places to spend your time, it is touring the destinations where the service reaches its apex. On a river cruise, as on a land tour, the focus of the program is on seeing, experiencing and learning about the destination.

The basic service model of the tour operator carries over to the river cruise. Tour operators use a variety of vehicles in their itineraries, such as trains, ferries, helicopters, small aircraft, yachts, expedition ships and zodiacs. But probably none of them surpasses the river cruise for a comfortable way to travel, while still penetrating into the heart of cities and the countryside.

The early tours of Europe were designed to show as much as possible in a limited amount of time. That fit the priorities and mindset of people at that time. They wanted to get the most for their money. If they could come home saying they visited 10 countries in Europe, they believed they had gotten a lot for their money, and rightly so.

But it could get hectic. As travelers became more experienced and their tastes evolved, they began to want to dig deeper into the destination. One of the biggest customer complaints was having to pack and move often.

In 1965 CBS aired a documentary following one of the bus tours of the time called “If It’s Tuesday This Must Be Belgium.” The title was so catchy it was used again in a 1969 comedy movie, and it set the image of group touring as a superficial way of traveling in which people didn’t learn or experience much about the destination. It gave the tour industry a bad image it has struggled to shake off ever since.

The great leap that prepared the ground for the river cruise industry was in 1992 with the opening of the Main-Danube Canal, a 106-mile channel that connected the Main and Danube rivers and made it possible to travel by river throughout Europe, from the North Sea to the Black Sea.

Most river traffic at that time was for the movement of commercial goods. A passenger river cruise industry began to take shape, but it was designed for European tastes and was not a good fit for the American traveler.

But some travel industry visionaries recognized a potential for the American market if the rooms could be made larger, the touring enriched and the cuisine adapted to American tastes. The river cruise industry grew slowly in America during the 1990s, then exploded in the 2000s. It has been so popular the operators of river cruises have barely been unable to keep up with demand. No matter how many ships they build, they are filled.

The river cruise ship allows operators to tuck transportation time invisibly into the time set aside for eating, sleeping, bathing and even sightseeing, because the boat is never out of sight of the land.

It is not possible on a river cruise to oversleep and miss the departure time for the next city. When the ship embarks you don’t even have to get out of bed. And your home while traveling is not just a sleeping compartment. On river cruises the rooms tend to be more like hotel rooms.

And while ocean cruise ships are massive, carrying thousands of people who line up to get on and off at every stop, river cruise ships are small and intimate. Their size and shape vary little because it is dictated by the capacity and dimension of the locks they must pass through as well as the height of the bridges they encounter. Those designed for the American market carry from fewer than 100 people to as many as 190 passengers on the same sized vessel. So cabin size, comfort social interaction and price will differ accordingly.

Since the word has gradually gotten out about all of the advantages of river cruises, they have become the hottest offerings in the travel industry. The business grows robustly year after year, even defying economic downturns.

With such a steep growth curve, one might envision the rivers becoming crowded with riverboats. But in spite of the explosion of the number of river cruises on the rivers of Europe, there is little reason to worry about saturation. There are now approximately 300 river cruise ships in all of Europe while there are something like 11,000 registered cargo vessels in the Netherlands alone.

So no worries, this style of travel is going to be around a long time. And if the past is any guide, it will keep getting better.

On that note, may I leave you with best wishes, and, 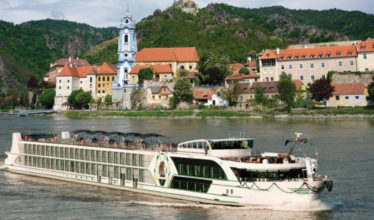 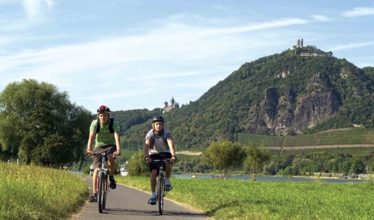