The Amalfi Coast of the Sorrento Peninsula 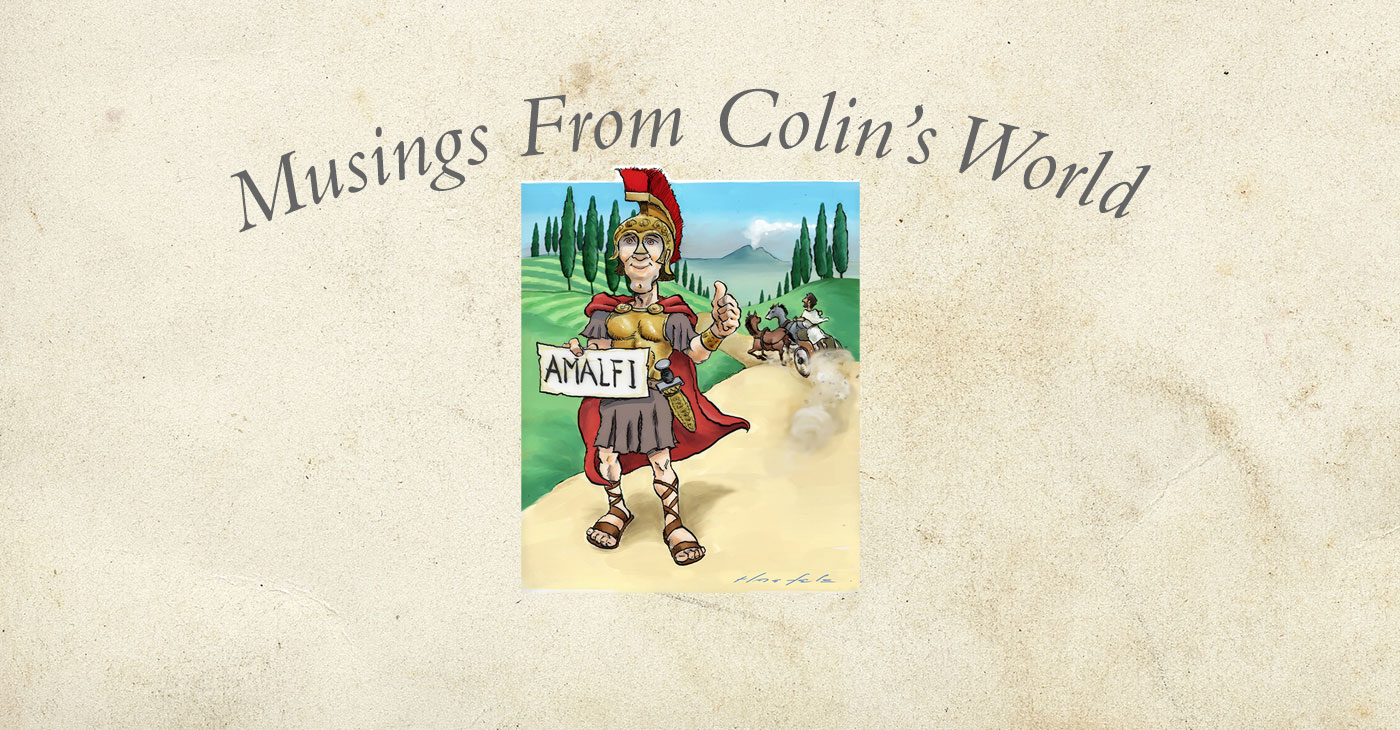 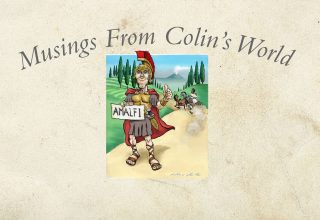 But do not leave me.

Do not torment me.
Come back to Sorrento.
Make me alive.

I’ve been to Italy many times, on different itineraries designed by different tour operators, each with its own individual way of presenting a well-rounded experience of Italy. Some itineraries were designed for first timers, some for people who had been to Italy but wanted to go deeper into certain aspects of it.

Most introductory tours are built on Rome, Florence and Venice. But although many tour operators offer tours based on the Big Three, the experiences are all individual. There’s no end to the number of ways you could do it. Those cities are all enormously rich for travelers.

I could go on introductory tours over and over and never get tired of it. Seeing Michelangelo’s David standing in sublime grace at the Galleria dell’Accademia in Florence is not something you wear out in 15 minutes. It’s such a glowing, perfect work that it enchants no matter how many times you see it. 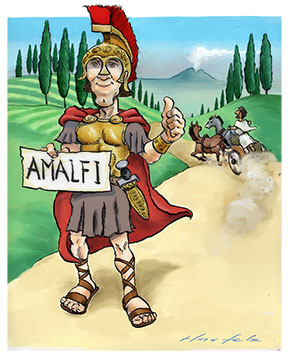 You don’t exhaust the possibilities of the Uffizi Gallery in one afternoon, or of the Roman Forum and the Colosseum in Rome, or the incomparable canals of Venice. And that applies to thousands of other things in Italy. The food would be enough to bring me back. If I went on the same itinerary on a different day, or at a different point in my life, it would be a different experience, but always deliciously rich. How could you tire of Italy? It has a depth of culture, history, beauty, fascination and just plain pleasure of La Dolce Vita to make every visit an onrushing series of thrills.

It’s no mystery that Italy is always near the top of the world’s most popular tourist destinations. Pick any point on the Italian map and you could go down a rabbit hole exploring that aspect of the incomparably rich culture, history and geography of that small sliver of the Earth.

But for those who want to go beyond the Big Three I recommend the area that starts about 140 miles south of Rome at Naples and continues around the Sorrento Peninsula to the Amalfi Coast. It’s as rich in every aspect as the more frequently traveled areas north of it. It has more to enjoy than many entire countries.

The Amalfi Coast, or Costiera Amalfitana, if you want to sing it in the native tongue, is a 30-mile strip on the southern coast of the Sorrento Peninsula on the Gulf of Salerno. The Sorrento Peninsula juts out from the west coast of the larger peninsula of Italy itself. The Amalfi Coast faces southward on the Tyrrhenian Sea, the basin within the Mediterranean that is enclosed by Italy and the islands of Sicily, Sardinia and Corsica.

The Amalfi Coast is a UNESCO World Heritage Site. The area teems with history, though the natural and visual beauty alone is enough to make one’s cup runneth over.

The dominant impression of the Amalfi Coast is the staggering beauty of mighty cliffs jutting into the sky almost at the water’s edge, with picturesque villages and terraces built intricately into the steep landscapes, buildings packed closely together, perched in daring proximity to the edges of the cliffs, and clouds hovering around peaks in the background. It is an image that burns deeply into the soul and you won’t lose it.

It’s spectacular from virtually every view. The drive along the shore road, the Road of a Thousand Bends, provides stunning sights. The abrupt rise from the beaches to the clifftops makes the drive along the shore road a heady adventure, as you scale the heights along the narrow, winding pathway along the cliffs, overlooking great marvels below. It’s astonishing to see the many ingenious ways the local people have learned over the centuries to use the rugged landscape.

Moving inland from the shore, the land is intricately terraced, with drystone walling built to make stairsteps that turn the steep landscapes into horizontal plots, for growing lemons, olives, vines and vegetables.

Further inland the hillsides are used as pastureland for dairy farming or raising cattle, sheep, goats or buffalo. In some parts, the ancestral forests survive intact, with ancient Mediterranean flora and wildlife. An abundance of streams over the irregular landscape produces many waterfalls that sparkle under the Italian sun. There are many micro-landscapes squeezed into odd corners of the mosaic, producing anomalous variations in climate and topography.

The houses have historic, vintage architecture, protected by law so that the cityscapes seem perfect. There are 13 towns and villages on the Amalfi Coast, each with its own character, history, and particular set of reasons for existing. Some of the most popular are Positano, Ravello, Amalfi, Atrani, Minori and Maiori.

Archaeologists have found human relics there from the Paleolithic and Mesolithic periods. Roman emperors made it a place of refuge and built villas in Positano, Minori and Gallo Lungo. From the early 9th century to the late 11th century Almafi was a major maritime trading power. It controlled its region and minted its own coins. But a tsunami and a plague led to the downfall of Almafi as a great power.

Also of interest nearby are Pompeii and Herculaneum, towns that were buried in lava and ash during the eruption of Mount Vesuvius in 79 AD, freezing their last moments in time for us to observe two millennia later. Pompeii is better known, but Herculaneum is actually better preserved. Because of its greater distance from Vesuvius it did not receive as much heat, so more materials were preserved.

The experience of seeing the remnants of these ancient cities frozen in time is something you will not easily forget. It’s like being transported back in time as a ghostly observer.

And then there is Capri. I remember a song about “The Isle of Capri.” There was a style of pants called capris. And there was a Chevrolet Capri. Whenever I heard the word in America it was pronounced caPREE. I liked the way it sounded. But I was surprised to find that the original Capri is pronounced “CApri” by its residents.

It’s a tiny island west of the Sorrento Peninsula. It was a vacation hideaway for Roman emperors. In the 19th century it was a stopping point for aristocrats on their Grand Tours of Europe. Today it’s still a haunt for the rich and famous, and also a major tourist attraction.

We took a boat to Capri, then got into a smaller boat, explored some caves that you enter by boat and explored odd rock formations, including archways you can ride through in a boat.

We rode the chairlift to the top of Monte Solaro, the highest point on the island, where we could see the view of the gods. Capri was an amazing little world to itself. After taking in the view from the top, we walked around tiny pathways between the shops, homes and hotels on a winding trip to the bottom.

Now I feel a strong urge to do what the song says: “Return to Sorrento”. Maybe I will.