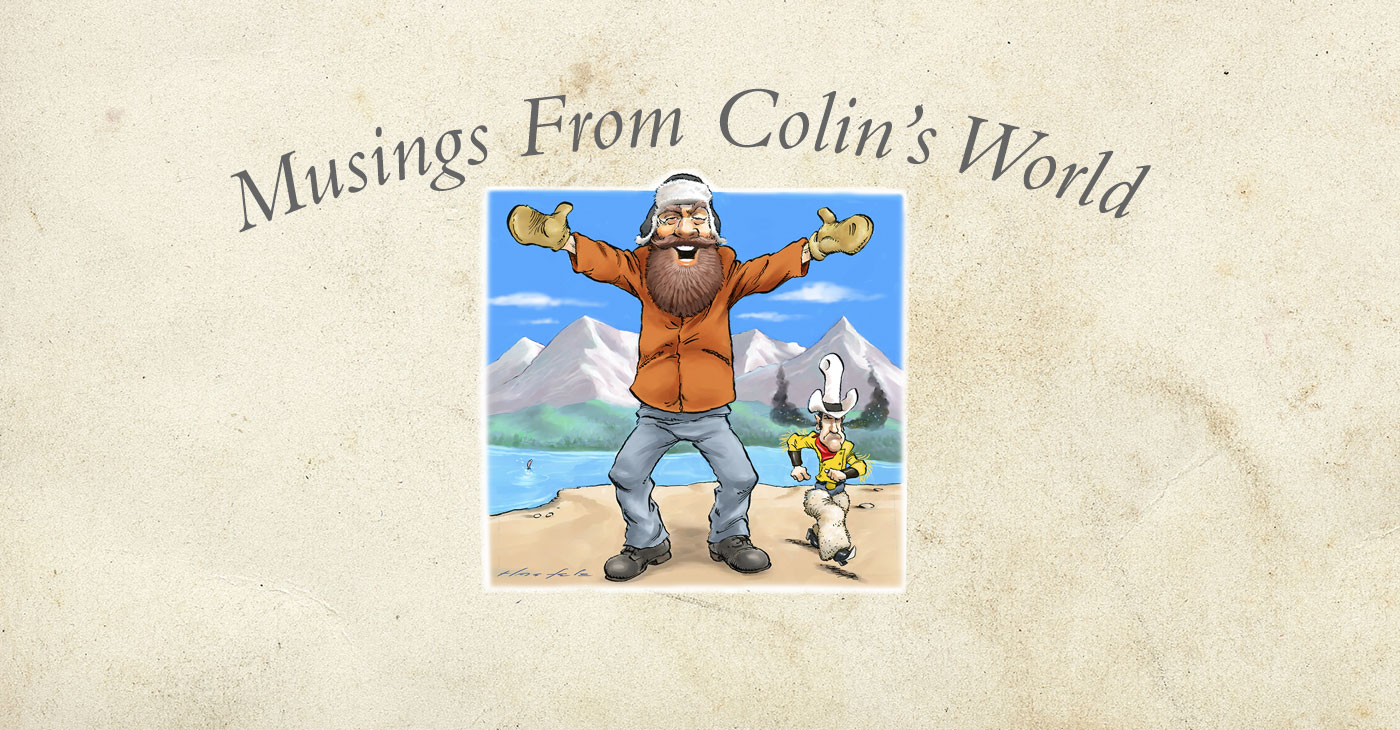 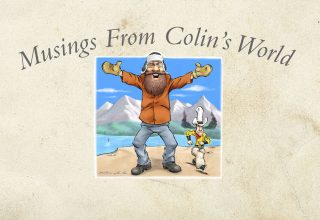 It was nine years ago that I went to Alaska. Just now when I calculated it, I had a little shock. It doesn’t seem so long ago. But extraordinary experiences stand apart from the calendar, not bound by time, or fastened tightly to the adjacent events of temporal life. They hover in a timeless zone.

That is never more true than when speaking of Alaska, because of the relative timelessness of so much of what you experience there. My memories of Alaska are still vivid, almost tangible. When I look at pictures from the trip, I am again transfixed by the beauty that streamed by me moment by moment on that stunning trip.

Alaska is a world of its own, far too vast to absorb in one lifetime. But the time I was there provided my imagination with enough rich material to feel some acquaintance with the parts I didn’t see. There is an underlying element that pervades all the diversity of places that it encompasses.

As with any great travel destination, you could never exhaust the possibilities of being there. You have to accept that you can only experience one human slot of that world. You can cut a path through it, but it’s only the width of one human being. And it’s limited by your finite time. I never leave a great place without feeling a twinge of regret that there is so much more to experience. Of Alaska, that was true in spades.

Alaska is a world that must be spoken of in superlatives. It’s the biggest, most remote, most mysterious, most geographically diverse, most exotic state, and would be one of the most superlative countries in many categories if it were a country. There are few words that are adequate to convey what you experience in Alaska. 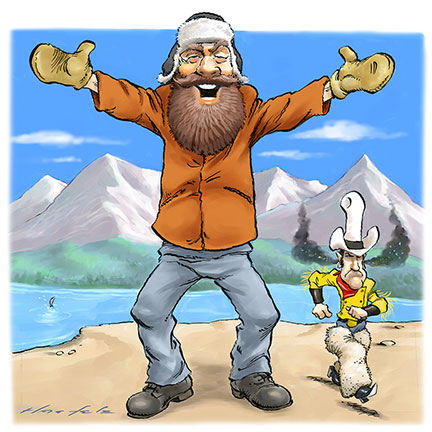 The State with the Most

From the standpoint of physical space, Alaska is incomprehensibly huge. It extends through the long chain of Aleutian Islands to such a width that if you superimposed the map of Alaska over the Lower 48, it extends almost from the Atlantic to the Pacific.

But when you start looking at other aspects of Alaska, the vastness seems almost incidental. It’s what’s in that space, how extraordinary it is. That’s where words and mathematics fail miserably.

To make that scale comprehensible, people say that Alaska is larger than the three next largest states combined: Texas, California and Montana. When Texans get too uppity, Alaskans have to discipline them by saying, “Be careful or we’ll break Alaska in two, and you’ll be the third largest state.”

Alaska extends into the arctic zones where the change of season is so dramatic it’s the Land of the Midnight Sun in summer, and one long nighttime in winter. Yet Ketchikan, in the southernmost part of Alaska, is fewer than 700 miles from Seattle, as the crow flies.

When I arrived at my first stop in Alaska – Ketchikan – I found myself at the foot of enormous, achingly beautiful, misty mountains that came up practically to the edge of the sea.

Take My Breath Away
It’s hard to take in the natural splendor of Alaska and not be spiritually moved. I think the most hard-nosed materialist would not be able to resist the beauty there.

Alaska has so many superlatives that most get lost in the rapids. Moose, elk, bison, polar bears and grizzlies, reindeer, caribou, wolves, coyotes, lynxes, bald eagles and whales, are just the leading players on a stage of countless fascinating animals and plants. Alaska’s unique range of wildlife rivals that of Africa, India or Borneo.

Do I even need mention adventure, activities like rafting, kayaking, hiking, canoeing, whale watching, fishing, etc.? Alaska was always a haven for adventurers.

The Alaskans
Alaska would be endlessly fascinating without even considering the human element. In much of the Alaskan wilderness, there’s not much human element to consider. But the human history and culture of Alaska is also totally absorbing on its own.

It begins with the native cultures, going back 10,000 years. They are believed to have migrated from Asia via a land bridge that connected Alaska to what is now Russia.

Today some of these native Alaskan ethnic groups, such as the Tlingit people, are reasserting their traditional cultures, having their own renaissances, as they bring their ancient cultural contributions into modern mainstream Alaska.

To the native cultures we can add the historical layer of Russian colonization in Alaska, which also remains a living part of Alaska today. Then comes the period of American colonization, beginning in 1867 when the Russian government sold its claim on Alaska for the equivalent of 2 cents an acre.

The first white folks in Alaska were mostly hunters and trappers, bringing back furs to their home markets to sell. But in 1896 gold was discovered, and that set off the Klondike Gold Rush, a migratory explosion that had immeasurable impact on the history of the Alaskan frontier, and its character today.

One young man who went to Alaska to try to escape the drudgery of 18-hour workdays by striking it rich, never got an ounce of gold, but may have generated more income from the trip than anyone else. That was Jack London, who not only built a writing career on his experiences there, he also did about the best job of anyone to try to bring Alaska to life through the printed page. Through his stories, Alaska lives in the hearts of children who have little hope of ever going there.

I was one of those enchanted by London’s portrayals of Alaska. Digging into his writings again before I took my trip helped me to gain more from the experience. What I read in those stories captures very much what Alaska is still today.

The Great Adventure
Alaska is still the great frontier. You can still experience the frontier spirit. The people in Alaska share the spirit of adventure that has characterized its history. It’s what unites them. That’s what brought them there, keeps them there. If you don’t know about that adventurous history when you arrive, you will absorb it. It has an infectiousness that makes you understand the many transplanted people who go to Alaska to visit, are enchanted by it, and never leave.

Alaska is all that and much more. Having experienced some of it makes me want to go back for a second, larger dose. Since my previous trip I have gained two grandchildren, and if I have one chance to take them on a profoundly moving trip to give them a lifetime of memories, Alaska would be among my top choices. Nowhere does nature hit you harder, or more tenderly, and inspire more wonder and adoration than in Alaska.

If I could pass on one gift to posterity, it would be to provide an opportunity to form a strong bond with nature, an affection and affinity that will be a solid foundation for whatever they choose to do in their lives.

For many reasons, too many to list, Alaska would be a good place to do that. 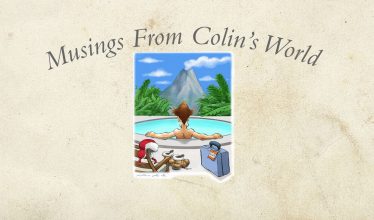 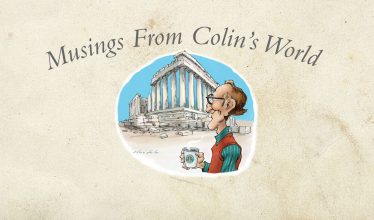