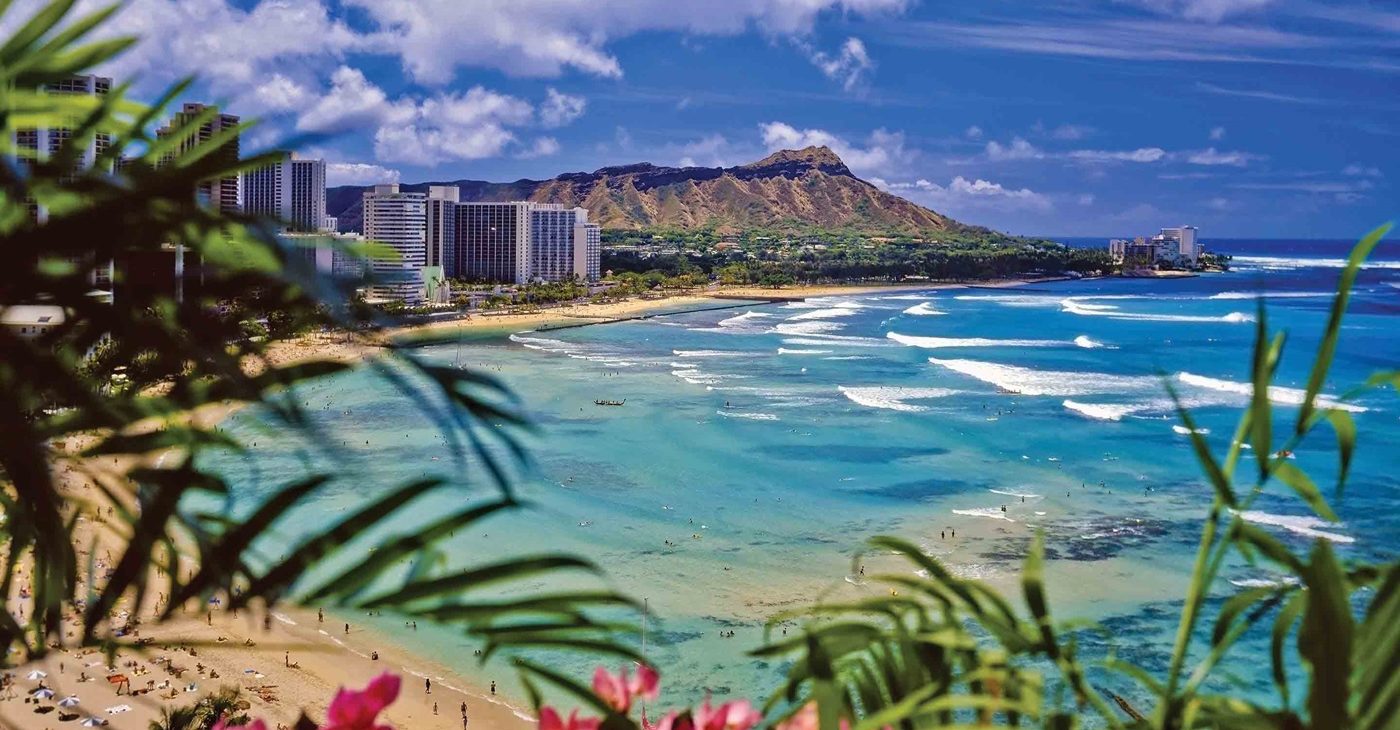 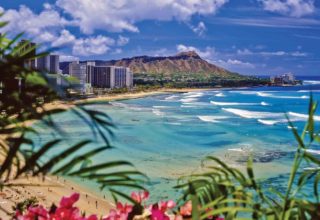 It’s hardly surprising that winter-weary Americans are pining for an exotic getaway. But their ideal destination doesn’t require vaccinations or even a passport: according to a new poll, an overwhelming number of Americans dream of vacationing on the islands of Hawaii. And who can blame them? The 50th state – replete with a tropical climate, stunning beaches and a fascinating history – combines the glamour of the remote with the ease of the domestic.

The poll, conducted  by Reuters/Ipsos for travel company Tauck, surveyed 2,262 Americans aged 18 and older. Respondents were asked the following question: “If money or time were no object, which one place would you most like to take a vacation that you have not yet visited?” The choices included multiple regions in the U.S. (Alaska, Hawaii, the South and Midwest and the western US), Canada, Europe, Asia and Latin America, as well as Africa and Antarctica.

The Hawaiian Islands were the overwhelming favorite, capturing 21 percent of the votes. The second-place destination was Australia/New Zealand, with 10 percent, followed by Alaska at 9 percent, then Italy and Great Britain/Ireland, with 7 percent each.

Hawaii has always been a favorite U.S. vacation destination, and it offers visitors an unmatched array of historic sites, unforgettable mountain vistas and stunning beaches. “As a destination, Hawaii really has it all,” said Tauck CEO Dan Mahar. “It has centuries-old culture and a compelling history. It has a vibrant culinary scene, and, of course, it has world-class beaches.” Hawaii, Mahar noted, topped the list among respondents in all eight regions represented in the survey. “So its appeal isn’t just limited to people in areas that have seen a lot of snow.” Tauck has fulfilled Hawaii travel dreams for 50 years, immersing guests in authentic Hawaiiana cultural sightseeing and special experiences such as a private after-hours reception and dinner at historic Iolani Palace in Honolulu, a hands-on gourmet cooking experience on Maui, a private catamaran sail at sunset off the shores of the Big Island of Hawaii that captures the graceful natural beauty of the islands, and much more.

This is not Hawaii’s first time atop this kind of list. “Hawaii has been fortunate to have been ranked at the top of many ‘Dream Destination’ lists over the years and it’s always exciting to know that today’s discerning traveler still appreciates the real value and the ‘only in Hawaii’ diversity of experiences found here,” said John Monahan, president and CEO of the Hawaii Visitors and Convention Bureau, “It also doesn’t hurt that we have terrific warm weather year-round making traveling to the Hawaiian Islands ideal during any time of the year.”

Hawaii Governor Neil Abercrombie agreed. “The Hawaiian Islands’ status as a favored destination is reflected by last year’s record visitor numbers,” Governor Abercrombie said (more than 10.4 million visited the state in 2019). “Visitors recognize that the Aloha State and its people offer an unsurpassed experience, with each island offering something unique of its own. In addition to its iconic standing among visitors, the state is earning an increasingly strong reputation as an ideal venue for meetings, conventions and incentive events,” he said. “As the anchor of the Pacific, Hawaii provides insight into the Pacific region and has much to offer along with its world-class hotels and resorts, top-notch convention center, and rare opportunities to recollect, rejuvenate and inspire.”

As seasoned visitors know, each of the islands of Hawaii has a unique character – and a long list of can’t-miss activities. On Maui, visitors can journey up Mount Haleakala, the world’s largest dormant volcano. Come very early or linger past sunset to enjoy one of the most amazing night skies on earth.

Kauai is home to the “Grand Canyon of Hawaii.” It may be smaller than the real thing, but it’s spectacular in its own right. Or hike through Na Pali Coast State Wilderness Park — after choosing between an easy stroll and a demanding five-hour trek in the company of a geologist tour guide. Helicopter tours hover in the spray of Jurassic Falls, and surfing lessons are easy to come by in Hanalei Bay.

On Oahu, the Pearl Harbor/ World War II Valor in the Pacific National Monument and the USS Arizona Memorial is a burial ground for 1,117 sailors who were killed in the attack on December 7, 1941, as well as a place of reflection for millions of visitors each year.

Sunsets on the Big Island are best viewed from the Mauna Kea Observatory, which sits at 9,200 feet. If you prefer your sunset with a cocktail, try the Beach Tree Bar and Lounge at the Four Seasons Resort Hualalai in Kona. At Waikiki Beach, cocktail aficionados will want to sidle up to the Mai Tai Bar at The Royal Hawaiian (rumored to be the site of Hawaii’s first Mai Tai, mixed back in 1953).

And then there are the beaches. Each of the islands of Hawaii claims an abundance of options perfect for sunning, surfing or snorkeling. Among those to try: Lanikai Beach on Oahu, Poipu or Na Pali on Kauai and Kapalua on Maui. On the Big Island, Makalawena/Pu’u Ali’i is slightly more remote but breathtakingly lovely.

NOTE: The results of the Tauck survey are findings from a Reuters/Ipsos poll. For the survey, a sample of 2,262 Americans 18+ were interviewed online. The precision of the Reuters/Ipsos online polls is measured using a credibility interval. In this case, the poll has a credibility interval of plus or minus 2.3 percentage points. The data were weighted to the U.S. current population data by gender, age, education and ethnicity.