Romancing the Senses… The Most Unusual Places to Dine 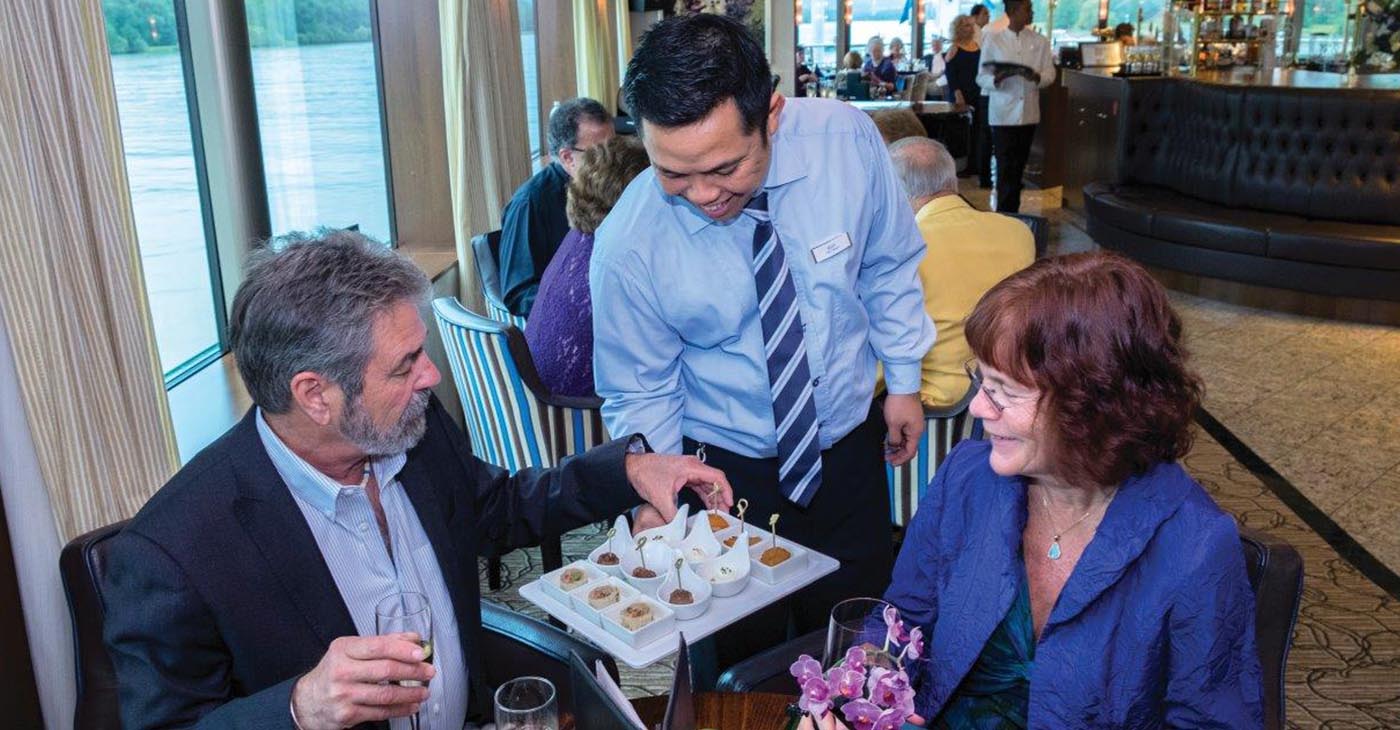 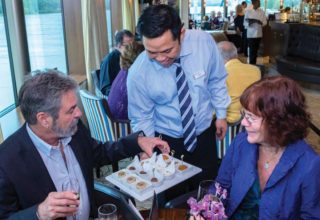 Dining is a huge part of travel. Culinary specialties differ around the world, ensuring visitors an authentic taste of life in the places they’re exploring. But it’s not just the food that tempts my appetite for travel, it’s also the romantic “place settings” that make my mouth water for a unique dining experience I couldn’t have anywhere else.

Consider dining in France, for example, in my mind a country synonymous with unrivaled elegant fare, delicate and unfailingly delicieux, from sauce-kissed entrées prepared to melt-in-my-mouth perfection to crusty baguettes, warm from the oven, and cloud-like soufflés, pastries, macarons and chocolates that promise heaven
in every bite. From Michelin-starred restaurants in Paris to Lyon, gastronomy nirvana is only a reservation away. But what if you could sit down for dinner with a baron
at his private Normandy château, enjoying freshly prepared French dishes and a fox hunting regalia complete with horns and hounds or join a chef for a shopping trip at a local farmer’s market in Provence to pick out the ingredients for your hands-on cooking lesson and lunch, with tips on wine pairing from an expert sommelier? Ooh la la…!

No matter my advancing age, fairy tale castles still play a coveted role in my dreams of a being treated like a princess in a kingdom of yore. Head off for Europe to storied places like Rome, London, Vienna and Prague, and you can find yourself inside opulent palaces gilded in royal history. Lost in your thoughts, you may gaze longingly at elegant interiors elaborately decorated in silver, gold and intricate touches, where you make a grand entrance for a banquet fit for a queen. Embark on Tauck’s escorted tours of Europe and you’re invited to dress up for a gala dinner in private palaces, replete with costumed musicians, waltzing couples, and a white-gloved wait staff who bow and curtsy to you and your fellow guests of honor, with a pretty fair chance of being personally welcomed by the palace’s reigning nobility. You can enjoy the glamour of dining inside privately owned castles and even the renowned Savoy Hotel on Tauck’s trips to Vienna, Prague, Rome and London. Or savor tastes of centuries-old traditions in Italian vineyards and French wineries, on Irish farms and at Scottish distilleries, and at English and Hungarian pubs that have hosted artists, poets and playwrights, famous for their spirited takes on life and love.

Exotic destinations tempt with once-in-a-lifetime dining experiences in places equally exotic. If you’ve been intrigued by stories of old time safaris, where luxury meets nature in tented camps and lodges on private game reserves and in wildlife-rich national parks, set your sights on meals unlike any you have had before… like being treated to a silver service breakfast out in the African bush after touching down from a hot air balloon ride at dawn, dining in a traditional boma on the grounds of an esteemed safari club, picnicking with the “Big Five” in a crater dubbed “Africa’s Garden of Eden,” or feasting on a braai barbecue under the stars with the sounds of the wilderness echoing in the distance.

A monastic rock cave with a fairy chimney in Turkey proves a head-turning setting for a dinner of Turkish fare – think kebabs, meze, flat breads, dolma and strong coffee – and entertainment by a troupe of Whirling Dervishes. In Dubai, a desert oasis welcomes diners with falconry, camel rides, henna tattoos and shish pipes against a sunset that turns golden sand dunes into a pageantry of colors that defy comparison back home.

And with Cuba now opening its doors to more and more visitors, the opportunity to dine in intimate paladares, homey places owned and operated by the locals who serve up traditional fare like a medley of seasoned beans, rice, pork and mojitos, promises meals infused with Latin spice and warm hospitality.

There are venues in the U.S. and Canada that pamper with pomp and circumstance like the esteemed Citadel National Historic Site in Halifax, sited on a hallowed perch overlooking Nova Scotia’s capital city and the Atlantic Ocean… an exclusive dinner in the Great Hall on Ellis Island, amidst memories of a new life in a new land from the millions who passed through here over the centuries en route to New York City… or an evening of wining and dining at Iolani Palace in Oahu, the only official state residence of royalty in the United States.

If all this makes you hungry for experiences that feed body and soul, you might want to make a reservation today with Tauck. Doesn’t matter where, because with 90 years of experience dining all over the world in places uniquely satisfying, and unforgettably scenic, they have a knack for securing the best tables in every destination. 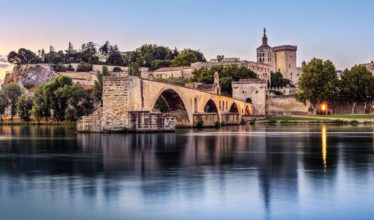 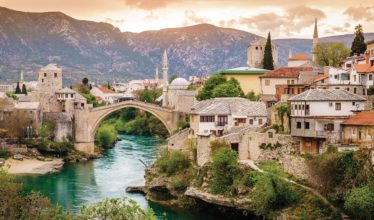