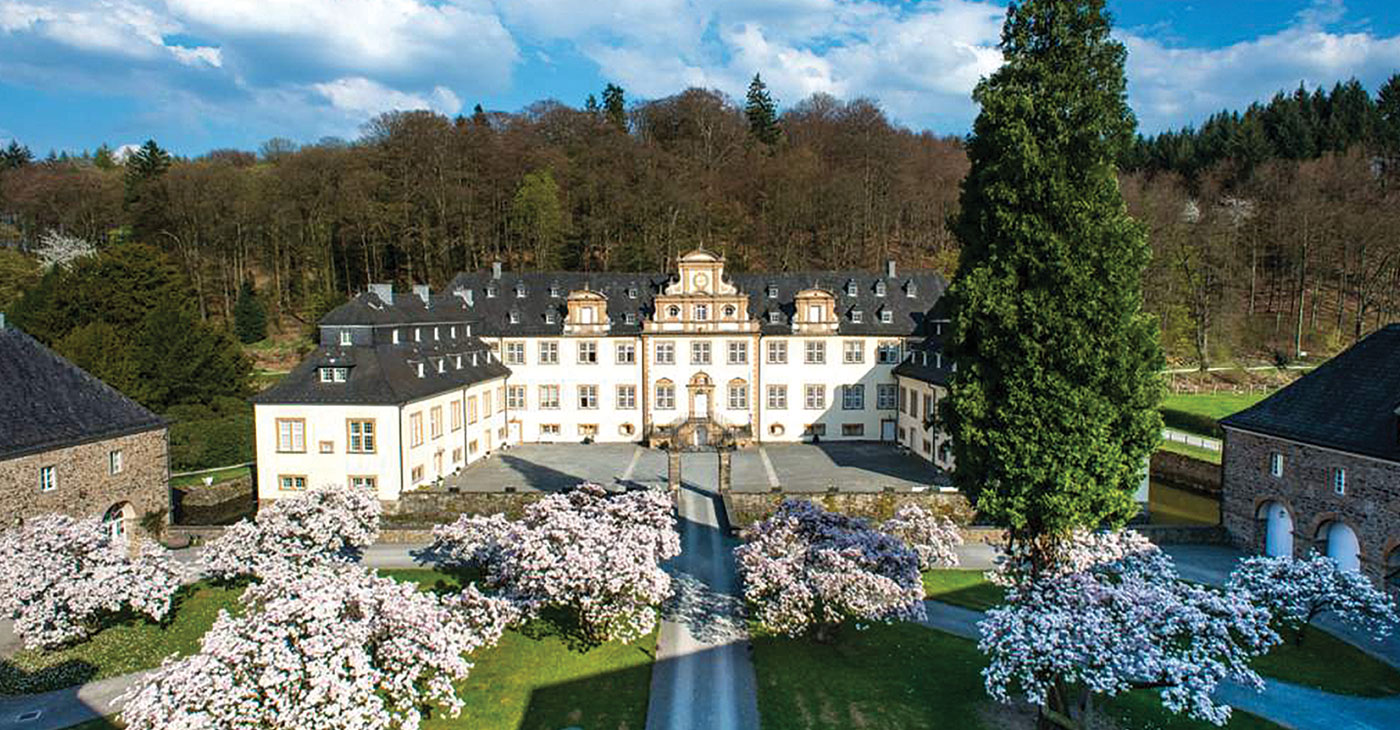 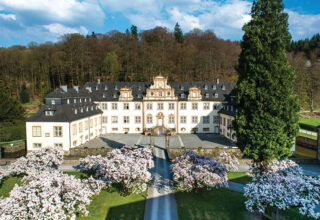 Once Upon A Time… for 200 years, these magical words have inspired the imagination of children and adults the world over. Along the Rhine, the magic is woven by palaces castles, fortresses and grand abbeys that formed the basis for legends and lore that have enchanted the world for centuries. Magnificent Schloss Ehreshoven is a 14th-century moated castle that welcomes Tauck guests for a special private evening. The former aristocratic residence of Count Nesselrode, embedded in the forests of the Bergisches Land, is located in beautiful North Rhine-Westphalia only 30 km from the metropolises of Köln, Düsseldorf and Bonn. Today, the castle is home to a charitable foundation of the Rhenish knighthood. The “Stift Ehreshoven” is a classic agricultural and forestry business, which guarantees the preservation of the foundation’s purpose with its income.

So, as all good stories begin… Once upon a time, there were two brothers… Jacob and Wilhelm Grimm. The brothers Grimm were born at the end of the 18th century – just one year apart – in Hanau, Germany, near Frankfurt on the Main. They followed in the footsteps of their father by studying law at university, but soon developed other academic interests, such as history and the study of language as found in written historical sources. Both brothers became fascinated by medieval German literature, as well as folklore, legends and stories that shed light on Germany and German culture. They concluded that many of the tales lost the essence of their “story” by translations from regional dialects into Standard German – and thus the Grimms began their lifelong effort to collect and rewrite these tales to preserve their original meaning. In no time, scholars throughout Europe adopted their methodology. Children’s and Household Tales, a collection of 86 folktales, was published in 1812. It received quite an enthusiastic reception as it included many stories that had previously been communicated verbally. This was followed by Grimms Fairy Tales containing another 70 stories, leading the way to over 200 stories published throughout the years. The Grimms were scholars and professors, but ultimately, they were master storytellers who succeeded beyond their dreams in preserving Germany’s folktales, mythology, and fairy tales. 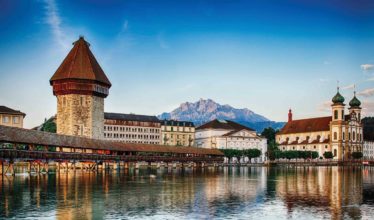